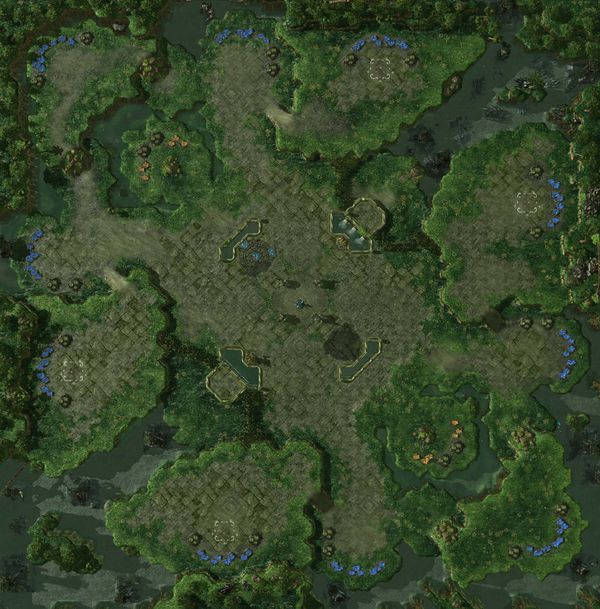 A notable feature on this map is the presence of Destructible Rocks at either of the natural locations for a 3rd base, one set blocking the gold mineral patches and one set blocking passage to a normal yield base. Therefore to take a quick expansion, one needs to either produce enough units to destroy the rocks, or take a location elsewhere on the map in a less advantageous position.