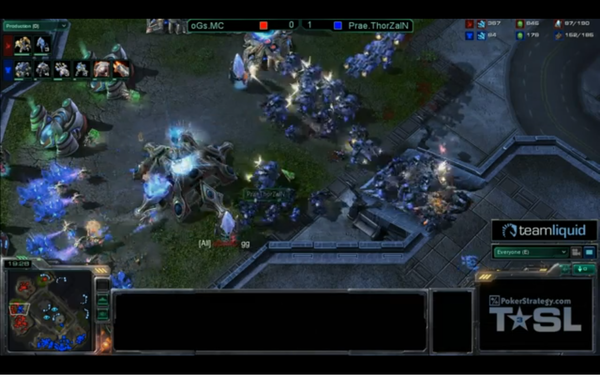 Opening with Marauder (1) to cover a fast expand and adding Marauder production and addition Barracks after Infantry Weapons Level 1 and Stimpack have started, Terran does a fast tech to 2-2 Infantry upgrades and then add Starport and produces heavy Barracks production on two mining bases and takes map control with a huge army size and upgrade advantage.

Stockpile the early army of Terran and make the early game a defensive tech to fast 2-2 infantry upgrades. And start taking a strong map presence after either 1-1 or 2-2 to deny any greedy expansions from Protoss.

Generally has the same map strength and weaknesses as normal Bio-heavy Terran style.