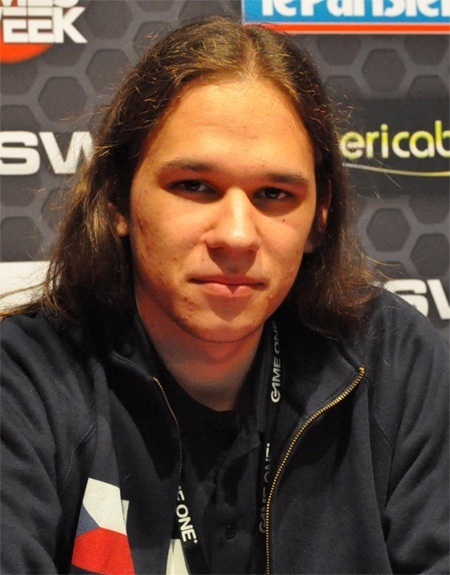 Pavel "TomikuS" Tomasek is a Grandmasters level Zerg on the European server who currently resides in the Czech Republic. He is a former player of Czech multigaming team eSuba. He is currently playing for Czech team Děravá Kapsa.

TomikuS entered the international scene at the Electronic Sports World Cup 2012 by winning the Czech Republic qualifiers for the tournament. He then followed that up by causing an upset when he ran 3-0 through his group, losing just two maps altogether against notable players like MaNa and DeathAngel. His ESWC run ended in the Ro16, when he lost 2-1 to Harstem.

He picked up his first tournament win at Numericable M-House Cup/Online Qualifier 2 where he defeated Bly, Dayshi, White, and Underdark to win 500 euros and a spot in the offline event.

In the Numericable M house Cup Offline event he lost in group stages, falling 1-2 to MC in a hard fought series before falling 2-0 to DIMAGA

On December 20, 2012 it was revealed that TomikuS was smurfing in the 4th season of the biggest Czech league called National Starcraft League. He played almost all of the matches of the Czech player Dewa, including the matches against his own teammates from eSuba. Due to this, Dewa was unjustly invited to both LAN finals - National Starcraft League and ESWC qualification. The whole affair ended with one-year ban to Czech tournaments for both players. Additionally, TomikuS was removed from team eSuba, which he played for at that time.[1]