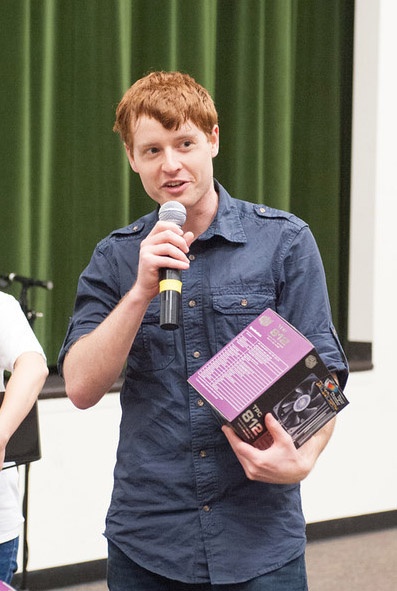 Trevor "TorcH" Housten is a retired American Terran player who used to work for GOMTV, OnGameNet and IGN and now works at Blizzard Entertainment.

TorcH first rose to prominence as a Team Fortress 2 player under the ID "H20.TorcH".

TorcH came to prominence as one of a group of four foreigners to qualify for the first GOMTV GSL Open Season. He lost in the round of 64, 1-2 to San. Both sets he lost were the result of Void Ray cheese from San and his victory arrived from an unorthodox Battlecruiser build. He guest cast the series Artosis played in the Round of 64.

TorcH returned to North America to compete in MLG Dallas 2010 where he lost to TLO. During the qualifiers for GSL3, TorcH returned to Korea, where he joined the South Korean SC2 team StarTale which features players such as RainBOw, July, and Bomber. During the January 2011 for the GSL Code A March Qualifiers, TorcH was the only foreigner to advance past the first round. He lasted until the final round, falling 0-2 to MMA. Following his appearances in the GSL, TorcH was employed as a foreigner liaison by GOM and lived in the GOMTV Foreigner House.

On June 24, 2011, Torch announced during his cast of the GSTL that he is currently a "former StarTale" player. Since VT Gaming disbanded in early July 2011, he has been teamless.

TorcH casted League of Legends for OnGameNet, alongside Moletrap. On October 23, 2012, it was announced that he returned to the US, working for IGN on planning and operations for IPL's League of Legends tournaments.[1] When the IPL disbanded TorcH was part of the team that was hired by Blizzard to support their esports operations.[2]