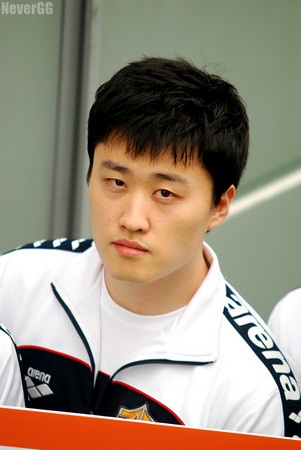 In Brood War, TricKsteR was a coach and player for South Korean progaming team, eSTRO. He was most notable for his 2v2 performances with hyvaa, as well as qualifying for the Round of 16 of 2009 Batoo OSL.

With the launch of the StarCraft II beta, TesteR moved out of the eSTRO Pro-house to pursue the goal of becoming a StarCraft II progamer. He is considered to be one of the top players on the Asian server and has won many tournaments, which include 2 PlayXP tours as well as finishing second to FruitDealer in the largest SC2 LAN of the beta, the PlayXP BrainBox tournament. He also won the second GosuCoaching weekly after defeating SLush in the finals. In an interview with Artosis, he said he was keen to play in many international tournaments.

Tester was also part of oGs, a StarCraft II progaming-house with many other top South Koreans, including FruitDealer, RainBOw and Zenio.

Tester appeared to dominate the South Korean and international scene alongside former eSTRO and, at the time, oGs team-mate FruitDealer. As a reward for his beta success, he was invited to Day[9]'s King of the Beta tournament, where he placed second, losing 3-2 to IdrA.

Tester eventually left the OGS house along with FruitDealer, claiming:

"Me and Wonki wanted to relax and enjoy games. Being in a team environment was nice but both of us wanted to really enjoy SC2 and leagues. For the purpose of more freedom, I left the team with Wonki, we are now living together."[1]

Shortly after, he qualified for the first GOMTV Starcraft II Open. After advancing to the Ro32, he announced joining the newly founded Team SCV Life along with FruitDealer.[2] Tester would eventually advance to the Round of 8 before being defeated by RainBOw. In the next two open seasons Tester has been upset in the qualifying rounds by Flint and kkOma (LittleBoy), respectively.

Tester has participated in other GOMTV events including the GOM TV All-Stars Invitational 2010 as one of the 16 invitees. He would place third defeating oGsNaDa, NEXGenius & oGsTheWinD. He ultimately lost 1-2 against MarineKing in the semifinals.

On the 24th of June, Tester left TSL, because he disagreed with the direction TSL was heading.[3] It was later announced that he had joined StarTale.[4] On December 16, 2011, it was announced that TricKsteR and his teammate SUPERSTAR would be entering the military.[5]

Despite only qualifying for one GSL open season, his Round of 8 finish in GSL1 seeded him for Code S in 2011. TricKsteR has played in all Code S tournaments as of August 2011, the farthest he has reached being the Round of 8 in GSL January and GSL July. TricKsteR played in the Up and Down matches in GSL August after finishing 0-2 in his group, where he tied for second place with MarineKing and JYP with a score of 2-2. TricKsteR ended up losing to both of them in the tiebreaker playoffs, therefore placing fourth overall in the group and dropping to Code A.

TricKsteR had his debut in Code A in GSL October, where he was knocked out 2-1 by Dream in the first round, therefore being knocked into Code B.

Tester was announced as one of the South Korean invites to MLG Raleigh as part of the GSL-MLG Exchange Program.[6] He was placed in Pool C alongside DongRaeGu, TLO, SeleCT and SLush.,[7] with HerO eventually making it into his group via the open bracket. TricKsteR went 2-3 in pool play series and entered the Championship Bracket as the 4th ranked player in his group. He would lose his first Championship Bracket match 2-1 to the British Terran player DeMusliM.