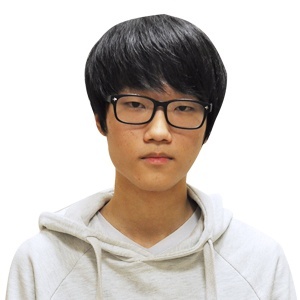 On February 5, 2013, Trust debuted in the 2013 Global StarCraft II League Season 1 by playing in the Ro48 of Code A against AZUBU's Genius. Trust put on a dominating show and took down Genius by a score of 2-0 and advanced straight into the Ro32 of Code A, securing his spot for the next season of GSL's Code A.

Trust has not had much success in Heart of the Swarm, though he has been a Code A regular. He made it to Code S in the 2014 Global Starcraft II League Season 3 he lost to soO, beat Stork before being knocked out by DongRaeGu in very convincing fashion. He was not used much in the 2014 Proleague and finished with a disappointing 0-1 record.

Outside of the GSL he has not been seen in many tournaments, though Trust did have success in 2014 Red Bull Battle Grounds: Global Qualifiers 3 where he beat ByuL, Panic and herO. Unfortunately due to passport issues, Trust could not attend the main event.

On December 2, 2015, it was revealed that following his departure from CJ Entus on November 26, he had joined KT Rolster.[1] That same month, Trust managed to qualify for the first season of 2016 for both Code A and SSL as one of two players of KT Rolster, along with Stats. In his qualifier bracket for SSL, he defeated particularly strong opponents such as Classic and Rogue. In Code A, he was matched against soO who he lost to 1-3, not making it to Code S. Meanwhile, about a week earlier he had lost his first match of the SSL to ByuL and was knocked to the losers bracket where he was to play Soulkey. He lost once again and was eliminated from both tournaments.

During the next season, Trust once again played in both the qualifiers for GSL and SSL. In GSL, he managed to go through Apocalypse before being knocked to the losers bracket by MC, only to defeat fattle and in the end MC to qualify for Code A. In SSL, he also managed to qualify through beating PolarBear, BrAvO and once again MC, only losing to GuMiho. In Code A, he was matched against former teammate SpeeD who he lost to 2-3 in a close match. The 6-player Round Robin format of SSL Challenge put him into a group with Classic, Hurricane, GuMiho, Curious and sOs. In his first 2 games he beat both Curious and GuMiho.