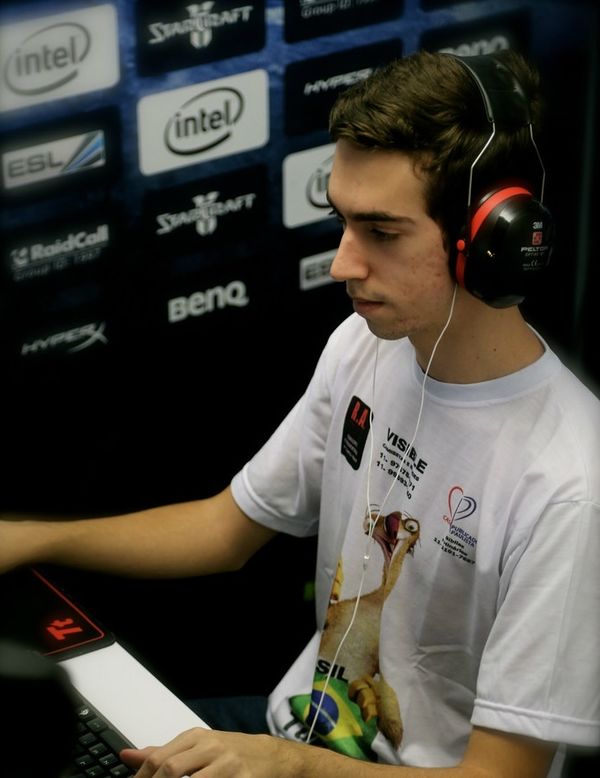 Born in São Paulo, Brazil. He is a college student.

Tunico joined the Keyd Team as a promising young player, and despite little to no experience in StarCraft: Brood War he showed great skill. Within little time he was one of the team's best players, winning national championships and individual achievements.

From May 5 to May 6, 2012, Tunico participated in the World Championship Series Nationals: Brazil. Tunico lost in the very first round against Naxx. After falling to the losers bracket, Tunico overcame Despiron, Fortune, Shakti, Falk, Levin, Naxx, and then came in 2nd placer after facing Potiguar in the finals with a final score of 2-1, 1-2.

From July 14 to July 15, 2012, Tunico participated in the 2012 StarCraft II World Championship Series: South America Finals.Tunico started wining vs Xions, then he lost vs Capoch on the Quarterfinals. After falling to the losers bracket, Tunico overcame Falk, Naxx, Potiguar, but losing vs Levin 2-1. He obtained the 4th place on the qualifier, but was unable to obtaing a Seed to the Grand Final.

Tunico played on the Copa America 2013 Qualifiers, he obtained the following places:

After the qualification rounds, he won a spot to the Copa América 2013 Grand Finals. He obtained 5th - 6th place in which he earned $300USD. After the second season of Copa America 2013 he was invited to for part of Kaos Latin Gamers