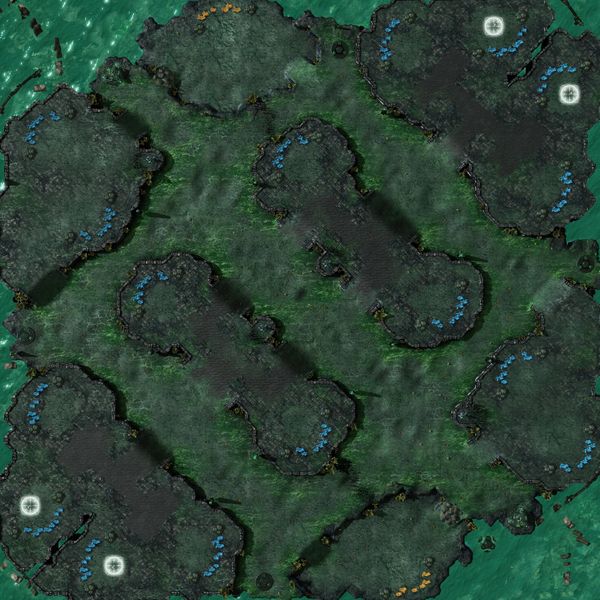 Twilight Fortress is one of the maps released with the StarCraft II beta. The Blizzard description is as follows:

This is a 2v2 map that tends to encourage longer games due to one shared choke in form of a ramp with natural expansions on the "inside".

Team play map, you share a fortress with your ally. Three paths lead to the enemy. Use high ground to hold the middle of the battlefield.