Once again, this was added to the strategy template. 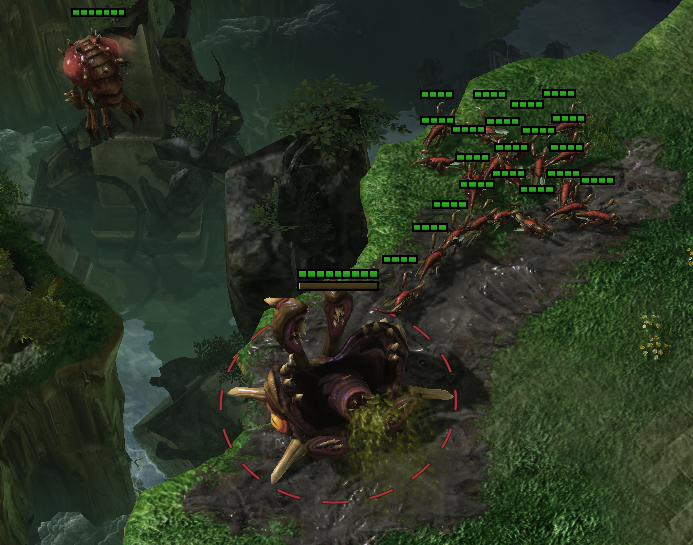 Aiming for a quick Zergling speed, this build nullifies all forms of terran ground harrass, while not sacrificing economy.

To defend all ground harrass, this includes hellion harrass, hellion/marine push, bunker push, and forces the terran to scout you for longer than he would like to, often wasting a scan to check for a baneling nest.

The most important part of this build is to take drones off gas when you reach 88 gas (take them off one by one so that you finish with 100 gas) then reasearch zergling speed.

This does a number of things:

Place 3 Overlords around the Terrans base. Place one Overlords on either side of their base, with a third one where you would expect to sac the first Overlord.

Scout with your initial 6 Zerglings, If you:

Your aiming for powering Drones as long as you can get away with, often making units only when they are on your front door. This is why scouting is so crucial. You need to know exactly what unit composition the Terran is going. Are they expanding? Power drones until you have 22 at each expansion, when you do, take your third.

You want to Lair around 35, and go straight up for spire, when it pops you should be able to macro around 9-11 Muta. Use the Muta to scout? Are they getting Thor? Vikings? Concentrate on containing the Terran to two bases. This allows you to take the map and spread creep across it too.

What you need to make if you scout:

When a Terran reaches a critial mass of Tanks it becomes near impossible to win with simple Speedlings and Roachs, you need ultra.

Maps do not really impact on this Build, as at begins on one base and Zergling speed gives you the map control to take your natural.

4 player maps can be an issue if the Terran goes any Banshee because your scout will be late (because the map is alot larger) On maps with open Naturals (Desert Oasis, Xel'Naga Caverns, Kulas Ravine, Delta Quadrant)