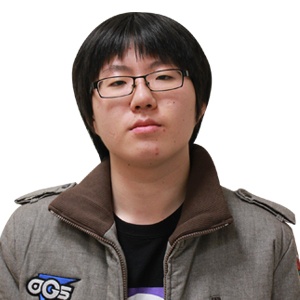 VINES also won the prize for last man standing in the FXOpen Korean KOTH Week 3 where he defeated dreamertt.

VINES took part in the Esports Weekly Match 3 where he reached the Round of 4. During the tournament VINES won over such players as Galaxy, finale, HuK and inori.

VINES played for his team Old Generations in the IPL Team Arena Challenge 2. In the match vs mousesports he defeated HasuObs, ThorZaIN, MorroW and MaNa and led his team to the win. In the Winners' Final vs Prime VINES made an impressive showing, taking out such Prime's players as Maru, Terius, and MarineKing before losing to Creator. VINES was the best player from his team at the IPL Team Arena Challenge 2

On May 18, 2012, VINES joined Team Empire since he was left teamless due to the disband of Old Generations.[1]

On December 27, 2012, it was announced VINES would join AZUBU alongside TOP, inCa, Genius, Sleep and San.[5]

His attempt to qualify in January 2012 failed in the final round of the 2012 GSL Season 1 Preliminaries when he lost 2-0 to Seed.

VINES requalified for Code A in the 2012 GSL Season 2 Preliminaries, defeating Min 2-0 in the Ro 4 and HyuN 2-1 in the final of his group.

In 2011 VINES made his debut for the team Old Generations in the 2011 GSTL Season 1 in the match vs Team SCV Life where he lost to JYP in the 1st set.

VINES made a very impressive showing for his team in the march vs SlayerS in the 2012 GSTL Season 1 Winners Round 2 where he took out such SlayerS players as Ryung, YugiOh, Alicia and MMA before losing to Puzzle.

In the match vs MVP in the 2012 GSTL Season 1 Winners Round 3 VINES lost to Monster in the 4th set.

From September 17 to September 18, 2011, VINES participated in the IPL Season 3 Qualifier 4. VINES started off from the Round of 64. VINES defeated Comm, TT1, True, and Check, in order to advance in to the semifinals to face TheStC. He wasn't able to defeat TheStC and fell down to the 3rd/4th place match. He was able to defeat ChAnCe by a score of 2-0 in the 3rd/4th place match and took third place.