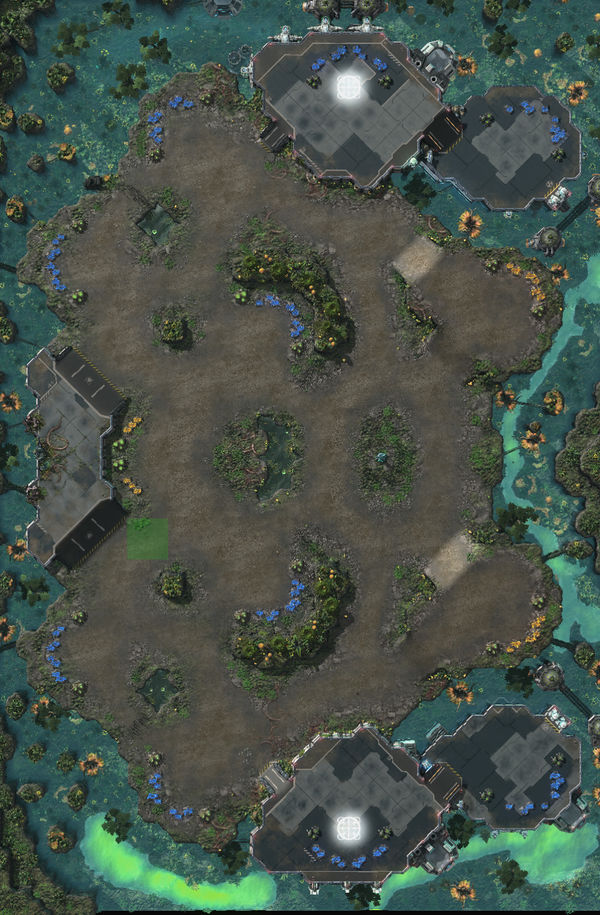 Vaani Research Station is a two player map created by Blizzard for the 2015 Season 1 ladder play.

Controlling the Xel'Naga Tower will help you more easily secure the high yield expansions on this map. Take advantage of the four expansions near your base, and watch out for aggressive attacks from the open area in front of your second expansion.