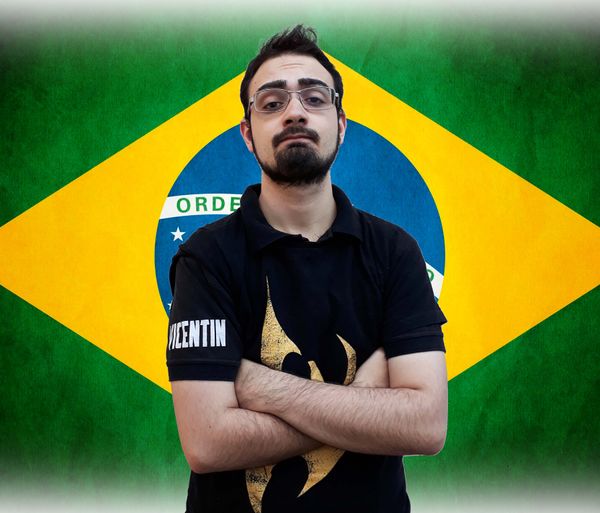 He is best known for his Youtube channel , where he uploads new content almost everyday, and for his regular streams on Twitch.

From 2013 to 2014 he was semi-professional coach of League of Legends and at final of 2014 he started your journey in StarCraft 2 as player. After fail as a professional StarCraft 2 player he dedicated almost full time in create content of StarCraft 2 for support new players in the game, trying to make the StarCraft 2 community bigger and better in Brazil.

At the final of 2015 he also started casting tournaments through of replays packs released by the great tournaments, trying to replace the miss of tournaments with casting in portuguese, making this upon until final of 2017.

In the begining of 2018 he started to cast tournaments in live so official. Beyond from replays how he was doing in past. He also started to manage a professional StarCraft 2 and Fortnite team Blue Soldiers Gaming, after team disbands he joined to SDC12 where he satyed until the end of the Alpha SC2 Team League Season 12.

From 2014 until now he is the most active content creator of StarCraft 2 in Portuguese on YouTube, being from 2017 the most popular and most viewed in this language, mainly with Brazilian crowd. Making series to support begginers in the game as (How to become a Better Player) Como ser um jogador melhor or to just entertaining as (Cannon Rush Everyday) Cannon Rush Todo Dia.

Although he creates a lot of content he really became popular only after StarCraft 2 was released for free in November, 2017. In 2018 he started to make lives on Twitch and cast tournaments in your own channel as well beyond to work casting in other channels like CopaAmerica_PT1, MukifoTV and RockletzTV.