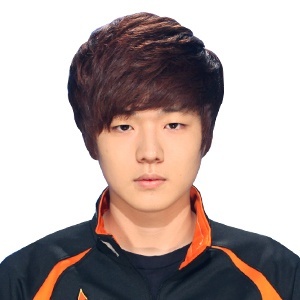 Virus played fairly often in online teamleagues such as Zotac Team Invitational/Season 2 where he did not find much success. Virus played once during the first GSTL and was defeated by YongHwa.

During the 2011 GSL Super Tournament, Virus would make it to the Round of 32 after defeating Junwi and losing to NaDa.

He retired during the summer.[Citation needed]

Virus managed to qualify for the March GSL Code A where he would reach the Round of 8 before losing to Leenock 0-2. This qualified him for the up/down matches. He would face FruitDealer and teammate AcE, losing to the former and defeating the latter to secure a Code S position.

His first Code A match in the 2011 GSL November was versus BoxeR, who managed to beat Virus 0-2. When Virus played in the Up and Down Matches, he ended up last in his group with a score of 1-3, sending him back to Code A.

In the 2012 GSL Season 1, Virus beat Cezanne in the first round, securing his spot in Code A for the next season. His next match was against YugiOh. He won 2-1 and had to face former 2011 GSL November champion jjakji. He lost 0-2 and had to go through the Up&Down Matches to qualify for Code S. Surprisingly Virus would take first place by going 3-2 in the group, with tiebreaker wins over HuK and ForGG.

In GSL May, Virus was placed in Group G with players alongside anypro, TricKsteR, and Ensnare. He defeated both anypro and Ensnare to finish at the top of his group and reach the Round of 16, where he would be defeated by InCa 0-2. In the subsequent season, Virus would finish 1-2 in his group after losing to Genius and TOP, failing to advance to the elimination bracket or be relegated to the up/down matches. Virus would make it back into the round of 16 in GSL August to fall 1-2 to Genius. Virus would be back in the round of 16 in GSL October where he would be defeated in a close series by NesTea 1-2.

During the 2011 GSL November, Virus took a win from SuperNova, but was then was defeated by Killer and jjakji in the Round of 32. With the score of 1-2, he would drop down into the Round of 32 for Code A. He was swept by BoxeR 2-0 and forced to play in the Up-and-Down groups. Virus failed to advance, only going 1-3 in his group with a single win over InCa. Subsequently he was placed in Code A for 2012 GSL Season 1.

After making it back into Code S, Virus was placed in Group E for GSL Season 2 along with MC, NesTea, and InCa. In the biggest upset of the group stages, Virus beat both MC and NesTea to advance in first place. Playing in Group A for the Ro16, Virus went 1-2 with a single win over SuperNova and fell to Code A Ro16.

Virus has only appeared twice in GSTL history. The first time was in the finals of GSTL February where he lost to YongHwa. The second time was in the final round of GSTL Season 1 Group B against New Star HoSeo. Contrary to Startale's usual selection process, Virus was sent out in a 3-3 tie scenario against Sting. He defeated Sting and Tassadar to clinch the victory.

He ended up attending IPL4 due to StarTale being in the 2012 Season 1 GSTL finals, which were being held during the event. In the Open bracket he 2-0'd Mike and MafiaCheese in the first two rounds before losing to PartinG 2-1 in Round 3 to be sent to Loser's bracket 2. In the Loser's Bracket, he 2-0'd Sheth and Classic in Rounds 4 and 5 and defeated Maru by a score of 2-1 in Round 6. He then lost to HuK in Round 7, to officially come in 25th-28th place for the tournament. This would be his only LAN tournament outside of Korea for his career.

He attempted to qualify for the 2012 Auction All-Kill OnGameNet Starleague. In the qualifier, he entered Group D and received a bye in the Round of 32. In the Round of 1, he 2-0'd Imagine before then losing 2-1 to Lure in the quarterfinals.