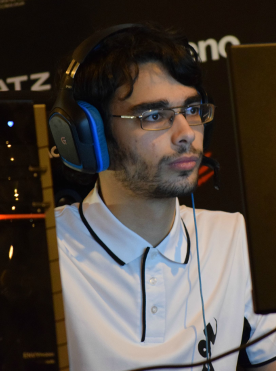 Carlos "WaKa" Pérez Arenas is a Zerg player from Spain who is currently playing for Escuela Española Sc2.

WaKa had played StarCraft: Brood War for several years, always casually, before picking up StarCraft II after its release in 2010. Thanks to it, he discovered the professional scene.

After joining SupplyZero, one of the premier Spanish communities (where he met his teammate Botvinnik), his commitment to the game gradually increased. After a year of serious training, he managed to place 64th in DreamHack Valencia 2013 as well as also placing well in many minor Spanish tournaments.

In 2013, he joined the eStar Academy (a recruitment tournament), in which he placed third, earning a spot in e-Star.

WaKa competed in the 2015 DreamHack Open in Valencia, placing 33 - 48th, falling just short of making it into the playoffs.