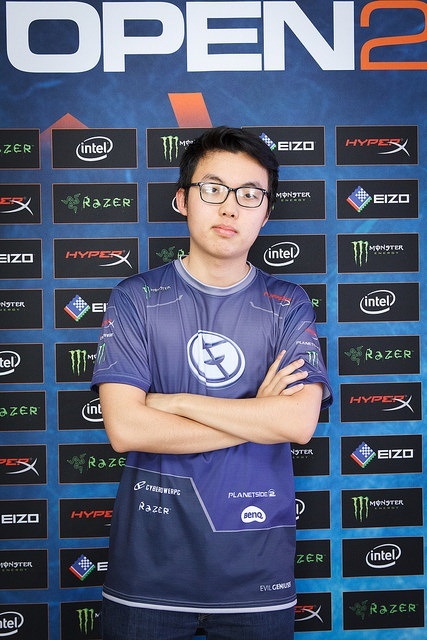 Xenocider first began playing Starcraft 2 in 2011, after playing casual DotA for several years. He participated in his first MLG in Orlando during October 2011 while still teamless. This experience led him to consider devoting himself to the game more fully and possibly pursue a professional career. In 2012, Xenocider became a member of 4Not and remained there, participating in various MLGs as a 4Not representative.

On 1 February 2013, Xenocider was acquired by Quantic Gaming after the team reformed by merging with It's Gosu and 4Not.[1] On 4 June 2013, it was announced that Xenocider joined Evil Geniuses.[2]

In terms of gameplay, Xenocider prefers a macro style and looks to players such as INnoVation and Flash when molding his strategies.

Xenocider's first forays into the Starcraft scene were in the context of online tournaments. He defeated HuK and almost took out Korean player Golden in the MLG Summer Arena Online Qualifiers, although he was ultimately defeated by Golden 1-2. Furthermore, he placed 3rd in the CSN Craft 4 Con $1000 Tournament.

Xenocider qualified for the 2013 WCS Season 1 America: Challenger League on May 4, 2013 with victories over Petraeus and Zenio. On May 13, 2013 he played in the round of 40 against MajOr, but he lost 2-0 and was knocked down to the group stage. There he was placed in Group F with Minigun, Top, and State. Unfortunately, back to back losses to State and Top landed him 4th place in the group and he was knocked out of the League entirely.

On June 28, 2013 Xenocider entered the 2013 MLG Spring Championship. He was placed in Bracket 6 of the Winners Bracket. After getting 2 wins over ZergAssassin and brent, he was matched up against Polt, who beat him 2-0 and knocked him down to the Losers Bracket. There he was able to beat Ostojiy 2-0, but lost afterward to theognis and was knocked out of the tournament.