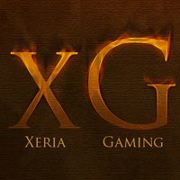 Xeria Gaming was formed in August of 2011 with the purpose of being an Australian and New Zealand based Professional, Sponsored StarCraft II team. It was formed with a 4 man + Manager roster with hopes to expand and grow eSports in the region.

At the time of Disbandment[edit]