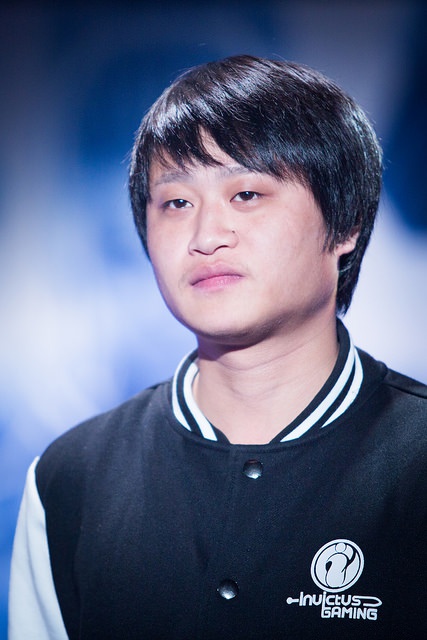 XiGua is a former Warcraft III player but switched to StarCraft II after its release. He is considered one of the best players from China.

XiGua has been active frequently playing in online Chinese tournaments and cups. In early 2011 XiGua won the WGT 2010 tournament, defeating Loner, F91 and xiaOt to win the championship. He was invited to the preliminaries for the 2011 GSL World Championship. He failed to qualify, defeating OxygeN 2-0 but losing to Sen 2-1 in the next round. XiGua made it to the finals of the G-League Season 1 defeating howser, LoveCD and Loner to reach the final. There he met LoveTT and defeated him 3-0 to take 1st place.

XiGua won the WCG 2011 Wuhan Qualifiers, defeating Super in the final, qualifying for the WCG Chinese National Finals. At the finals he managed to take down F91 to take 1st place.

XiGua, along with the entire CCM team was acquired by Invictus Gaming.

His domination continued with his 1st place in the 2011 Chinese Battle.net Invitational, meaning that his first big international tournament would've been BlizzCon 2011 StarCraft II Invitational, but due to visa problems, Loner and TooDming was sent instead.

He surprisingly lost to Loner while qualifying for IEM Season VI - Global Challenge Guangzhou, but was invited anyways because Loner decided to play in G-League instead. There he finished last in his group, only taking a game from Rain.

At the WCG 2011 Grand Finals XiGua managed to go 6-0 in his group which included the strong European playes Kas and Happy. From there he defeated Snute, F91, and TitaN and faced Mvp in the finals, where he lost 0-2.

He has advanced out of his group in 2011 G-League Season 3, and faced SaSe in the semifinals where he won 3-2. He then won against Chinese Protoss player LoveCD in the finals 3-2 to take his second G-League season in StarCraft II.

On January 3, 2012 it was announced that XiGua, alongside teammate MacSed, would be seeded into Code A in a future GSL.[1] He made his GSL Code A debut in the January Season. He was knocked out by Killer in the first round, 1-2 after a base race coming down to the last pylon.

From May 27 to June 10, 2012, XiGua participated in the IPL 5 Chinese Regional Qualifiers. To start off the tournament, XiGua was placed in Group A. After advancing through his group with a score of 2-1, XiGua advanced in to the elimination bracket. In the elimination bracket, XiGua went on to take down MacSed and Loner and advanced in to the finals to face F91. XiGua defeated F91 by a score of 4-1 and was able to take first place. His first-place finish qualified him for the IGN ProLeague Season 5.

XiGua did not attend the Qualifier of WCS AM Season 1 due to some time table conflicts. Instead, he tried to qualified to WCS Europe Premier but was not able to get through with high latency.

He did qualify to 2013 WCS Season 3 America Challenger League, losing to MajOr afterwards in first round of the Bracket Stage.

This season saw XiGua make a huge breakthrough by first beating Tassadar in the 2014 WCS Season 1 America Challenger League and even brought more exciting moments to Chinese fans in the Premier League. He drew the attention of fans by eliminating HerO in Ro32, which was considered a big upset in this season's WCS America. In his first offline appearance, he was knocked out by Bomber and CranK.

Through the victory of two matches against Sen and Arthur, he entered Ro16 again of 2014 WCS Season 2 America Premier League. Through the victory against Oz, he got the best result of 2014 - 9th to 12th though felt that he should not lose to Heart.

In the Ro32 of 2014 WCS Season 3 America Premier League, he beat TL.HerO once again and lost to TaeJa by 1-2. However, the power-off of his own home affected his good situation. He had to go to an Internet cafe far away from his home. He lost to HerO by 0-2 and couldn't go to USA to participate in Ro16.

With the 3-0 winning against Clavie in the qualifier of 2015 WCS Season 1, he entered the Ro32, where he won Astrea and lost to Snute (after WCG2011, they didn't met each other for a long time). After winning uThermal so hard, he entered the Ro16. However, affected by his bad performance in ZvZ matchup, he lost to Serral and TLO.

In WCS Challenger (Ro8 of GPL 2015 Season 1), he lost to TooDming by 2-3 and lost the opportunity of entering the WCS Premier again.

He almost lost the ticket to 2015 WCS Season 3.. However, SaberAltoria lost to him only due to the fact that he didn't continue using mechanization (the style like INnoVation or Reality during HotS). At this time, he won TooDming by 3-0. However, he expressed that he did not expect good results in the main tournament due to his age. In fact, He lost to MaNa and viOLet by 1-2 in both matches.

He got the opportunity of participating in the tournament as the member of Mainland China. He won all three games against Taiwan and Ukraine to prove that he is "King of LotV". At last, he won seven games including a victory against PartinG.

Although he still got the opportunity of 2016 WCS Winter Circuit Championship and Gold Series International 2016, he didn't got the victory and lost to viOLet, Scarlett and Elazer by 2-7 in all.