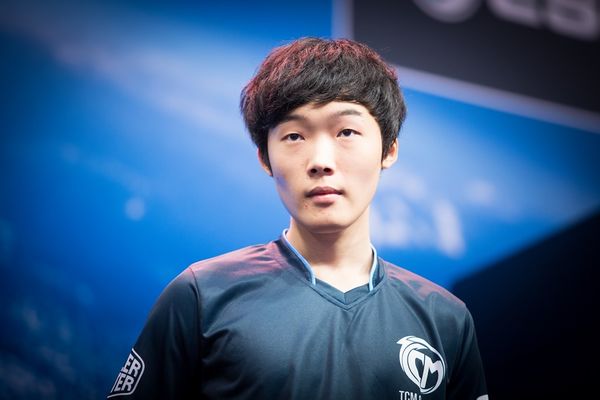 YoDa's career was effectively ended when he was charged with matchfixing and given a lifetime ban by KeSPA.[1]

YoDa qualified for the 2011 GSL July, defeating his teammate Seed in the final round of the qualifiers. He defeated Min 2-1 in Round of 32 and secured his Code A slot for the next season. In the Round of 16 YoDa lost 2-0 to Leenock and did not manage to qualify for the Up&Down matches.

Yoda finally regained a place in Code A through the 2012 GSL Season 3 Preliminaries, where he defeated Classic 2-0 in the finals of his group. In Code A, YoDa defeated July, Oz and SuperNova, winning 2-0 each match, and making it straight into Code S.

After losing to HyuN YoDa had to play in the Up & Downs for Season 5. Here, he was placed in a 5-player group together with DongRaeGu, Bomber, Mini and Genius, making it out with a 3-1 score in second place behind DongRaeGu. Back in Code S for a second season in a row, YoDa would be placed in Group D, consisting of himself matched against GuMiho, and HyuN matched against Rain. Rain would forfeit his spot, giving a walkover to HyuN and whoever went to the Losers Match, but YoDa defeated both GuMiho and Hyun 2-1, making it out of the group in first place. In Group B of the round of 16 however, YoDa went on to lose 0-2, going 0-2 against HyuN and Hack, falling once more to Code A, where he would lose in the third round to BBoongBBoong.

In the Up & Downs of the final Wings of Liberty GSL, YoDa would easily make it out in first place of Group A with a 4-1 score, requalifying for Code S a third time in a row. In Code S of the 2013 Global StarCraft II League Season 1 YoDa would fall directly out of Group D, going 0-2 with a 2-4 mapscore, losing to Squirtle and HyuN, falling down to the first round of Code A. Here, he defeated Tear in the first round with a 2-1, beat Trust 2-0 in the second round, and took on MarineKing in the final round, winning 2-1 and making it straight into the first Code S of Heart of the Swarm, having stayed in Code S 4 seasons in a row.

YoDa first made his appearance in the finals of 2011 GSTL March against SlayerS and lost to Alicia in the 1st set.

In the first week of the 2011 GSTL Season 1, YoDa played the ace match against sC and won the match for his team. In the third week match vs ZeNEX, YoDa came out in the 3rd set and defeated cOre and ByuN before losing to Puzzle.

In 2012, YoDa played for Incredible Miracle in the 2012 GSTL Season 1. He made an impressive showing for his team in March vs Team SCV Life. YoDa started in the 1st set and defeated Shine, Revival and Cyrano before losing to Symbol. In the match against StarTaleQ, YoDa came out in the 7th set and lost to Squirtle.

On March 23, 2012, YoDa participated in the EWM Season 2 Week 1. YoDa took down Weekend, Nette, HyuN, IceCream, and Shine to advance in to the finals against Tear. He wasn't able to advance any further and had to settle for second place after losing to Tear by a score of 0-2.

YoDa's first individual tournament outside of Korea was IGN ProLeague Season 5, which ran from the 29th November to the 2nd December in late 2012. His qualification came through the IPL TAC 3, being sent to the tournament as the representative of LG-IM. In his bracket, YoDa would defeat Ret, Squirtle and DongRaeGu before losing to Polt. In the losers bracket, he would fall immediately to HuK in an upset, ending his tournament run with a 17th-24th finish.

Qualifying through the Korean Qualifier for IEM Season VII - Katowice, YoDa attended his second foreign tournament from January 18 to 20. In the group stage, he would place second in his group with a score of 4-1, losing to the winner of the group, Socke. This placed him in the round of 12 of the playoffs, where he would meet Grubby, whom he defeated 3-1. In the quarterfinals, he got matched against PartinG, and lost in a clean 0-3 sweep.

With his quarterfinals finish, YoDa found himself barely out of the qualifications for the IEM Season VII - World Championship, being the 25th player in the leaderboard (From which the first 24 players would qualify). But as Symbol was unable to attend, YoDa was picked as the next in line. YoDa started out winning his group, tying 4-1 with Ret and First but winning with superior map score of 9-4. This seeded him directly into the quarterfinals, where he once again had to meet PartinG. This time however, the match was a nailbiling 3-2 victory in favour of YoDa, who would be the second player to move on to what ultimately became an all LG-IM semifinals, where he would face his teammate Mvp, considered by many the favourite to win the tournament. YoDa managed to take the series in yet another close 3-2 victory, moving onto the finals, where he would meet another teammate in First. Though First looked like yet another dangerous opponent, YoDa quickly dispatched of the Protoss player, winning the finals with an easy 4-0, taking home his first Premier Tournament victory.

Having already qualified in the previous season of GSL, YoDa started out in the Code S (Premier Division) of 2013 WCS Season 1 Korea GSL. He was seeded into group B in the round of 32 where he defeated both DongRaeGu and Flying with a 2-0 score to move on to the next round, where he was defeated and knocked down by Soulkey and RorO. In Season 2, he lost in Challenger league to Effort and was put into the Up&Down stage, where we was eliminated by FanTaSy and Savage. Season 3 didn't fair any better for him, losing in Challenger to TRUE and going only 2-2 in his Up&Down group.

YoDa, changing to the European scene, participated in WCS Europe 2014 Season 2 and qualified for Premier over Miniraser 3-1. In Premier, he made it to the Ro16, but was elminiated by MC and Welmu, both with 0-2 losses.

In Season 3, YoDa had a stellar performance, making through a slew of tough opponents and going all the way to the Season finals, where he was unfortunately defeated by MMA by a score of 4-2. On the way to the finals however, he defeated players such as MC and Golden, both by 3-0 scores. During this season, he also was picked up by the newly formed SC2 division of TCM-Gaming, along with First.

After the announcement of the changes to the WCS format which would region lock most Korean players out of WCS EU and NA, YoDa returned to Korea, leaving TCM Gaming on December 13, 2014,[2] and joining Prime on the next day.[3]

See more at 2015 Match-Fixing Scandal#Arrest of YoDa, BboongBboong and Gerrard

On October 19, 2015, YoDa was arrested and banned from progaming by the Korea e-Sports Association for participating in matchfixing. His name was listed along with teammate BBoongBBoong, former Prime head coach Gerrard, as well as 9 other people who currently remain unnamed. Sources say that YoDa made around approximately $5,000 - $20,000 per match thrown.[4]

On March 31, 2016, it was reported that YoDa had been sentenced to 18 months of prison, suspended for three years.[5]