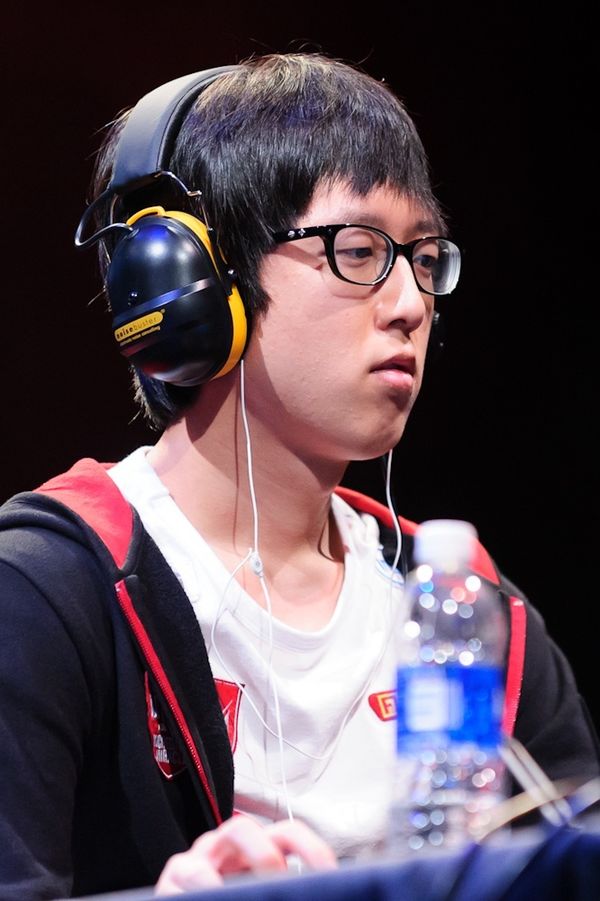 A former Brood War Zerg, YongHwa had tried to be a Brood War progamer since January 2010. He practiced hard for an entire year, but eventually lost in the fifth round of Courage. He used to be in Name clan on US West, which had its own practice house. When StarCraft II was released, he joined team IM as the head coach of IM used to be the clan master of Name (강동훈).

As part of IM, YongHwa would make his televised debut in the first GSTL in February, 2011. He demonstrated creative and meticulous play against ZeNEX and StarTale, ultimately going 5-1 for the season. Due to this success, he was predicted by much of the community to be a player to watch out for. However, YongHwa continued to fall during GSL qualifiers, and experienced middling results in online leagues; for a while YongHwa was mainly seen in team leagues. Though the wait was long, success finally came to YongHwa during the latter half of 2012, where he began showing improved results, including an all-kill of SlayerS, and doing well in foreign tournaments. Near the end of the year, he would also finally qualify for GSL Code A.

From July 19 to July 21, 2011, YongHwa participated in the ESV TV Korean Weekly Season 1 Finals 1. To start off the tournament YongHwa was placed in Group D. After advancing through his group with a score of 2-0, YongHwa advanced in to the playoffs. In the playoffs, YongHwa took down aLive and Sage, in order to advance in to the finals to face jjakji. He was not able to grab first place as he lost to jjakji by a score of 1-4 and ended up taking second place.

On July 12, 2012, YongHwa participated in the ESV TV Korean Weekly Season 3 Weekly 8. After taking down CoCa, Min, Ready, and TOP, YongHwa advanced in to the finals to face Puzzle. He wasn't able to grab first place after losing to Puzzle by a score of 1-3 and took second place.

On December 18, 2011, YongHwa participated in the KSL Daily Week 3 Day 6. YongHwa started off from the quarterfinals. YongHwa took down SuHoSin and Berra in order to advance to the finals. In the finals, YongHwa defeated Vampire by a score of 2-1 and grabbed first place.

On June 22, 2012, YongHwa participated in the EWM Season 3 Week 3. YongHwa received a BYE in the first round and then went on to take down Tear, RagnaroK, finale, and Noblesse to advance in to the finals against Galaxy. He wasn't able to advance any further and had to settle for second place after he lost to Galaxy by a score of 1-2.

On August 27, 2012 the WCG non kespa qualifiers started where YongHwa defeated YugiOh, Rain, and asd to advance through the first preliminary round. In the final preliminary round he defeated Reality to advance to the main tournament. On August 30, 2012 the WCG Korea 2012 began, where he defeated Polt, Monster, KeeN, and MarineKing to win the chance to represent Korea at the World Cyber Games 2012 tournament

On September 8, 2012, for the 2012 GSTL Season 3 Round 1 Match, IM vs Fnatic, YongHwa was put out first against Fnatic where he got an all kill after defeating Luvsic, Moon, ByuL, aLive, and Oz.

On September 22, 2012, for the 2012 GSTL Season 3 Round 2 Match, IM vs SlayerS, YongHwa was put out second against SlayerS after Dark defeated MC. YongHwa received yet another all kill after defeating Dark, MMA, Miya, Genius, and Ryung.

After a long period of falling in the qualifiers for GSL Code A, YongHwa finally made it through for the 2012 Global StarCraft II League Season 5, meeting mostly fairly unknown players in his bracket but not dropping a single map. In Code A YoDa would meet Mini in the first round, whom he would defeat 2-0. In the second round he took down Squirtle by a score of 2-1, only to then meet Life in the final round and get crushed 0-2.

Losing in the third round, YongHwa would have to play in the Up & Downs for 2013 Global StarCraft II League Season 1. Here we went 0-5, not winning a single map, and being placed in the first round of Code A. Defeating Reality and then Creator, he would once again lose in the third round, this time to Leenock with a 1-2, and once more find himself in the Up & Downs, this time in the first Heart of the Swarm GSL, Season 2 of 2013.

YongHwa's first tournament outside Korea would be HomeStory Cup V, where he made it through the Korean Qualifiers, defeating aLive, HyuN, Revival, GuMiho and finally Leenock to win the paid trip. YongHwa would start out strongly, winning the first group stage 3-0 (6-1 in maps), and then make it out of the second group stage in second place to Nerchio with a 2-1 (5-3) score and make it to the playoffs. Here he met Sleep whom he defeated 3-1, after which he also took out Golden in the semifinals with another 3-1. In the finals however, YongHwa would meet Nerchio once more, and lose 1-4, finishing in second place.

YongHwa had qualified for a spot in the Up & Downs of the first Heart of the Swarm GSL, the 2nd Season of 2013. However, he forfeited his spot to attend the IEM Season VII - World Championship, and will have to play in the first round of Code A, essentially finishing last in his Up & Down group.

Despite not having played in any IEM tournaments, thanks to his second-place finish at HomeStory Cup V, YongHwa qualified for the IEM Season VII - World Championship. In the group stage he finished first in his group in dominating fashion, going 5-0 and only losing a single map (giving him the best map score of the entire group stage). Due to his first place in the group, he would be seeded directly into the quarterfinals, where he had to play Ret. Easily dispatching Ret 3-0, he moved on as the third player in what ultimately became an all LG-IM semifinals, his opponent being First. YongHwa's tournament would end here however, as he quickly lost 0-3 to his more Heart of the Swarm experienced teammate.