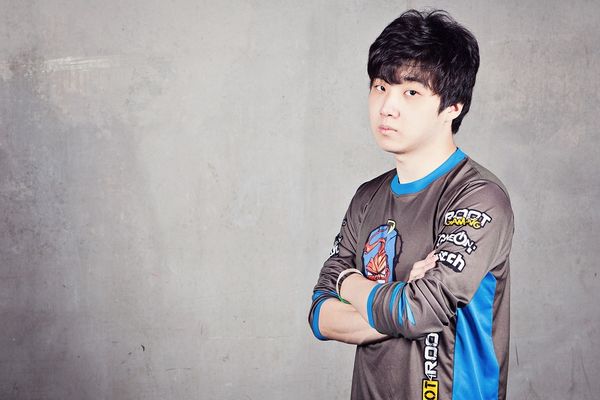 YugiOh's first performance in the GSL was in the 2010 Sony Ericsson Starcraft II Open Season 3 where he lost to BitByBit during Ro32. He was one of the founding players on the SlayerS roster announced on November 30, 2010.[1]

YugiOh went 4-0 in the Up and Down matches in the 2012 GSL Season 1 to qualify for Code S, but returned to Code A after finishing last in his Round of 32 group against Zenio and GuMiho. He started off his Code A run with a 2-1 win over Sculp. In the Round of 32, he lost 1-2 to Virus. In the Up & Down matches, he failed to qualify for 2012 GSL Season 2 Code S after beating BBoongBBoong and KeeN, but losing to Heart, Squirtle, and Avenge. In the 2012 GSL Season 2 Code A, YugiOh managed to beat Vampire, Lure and MarineKing to secure himself a spot in the 2012 GSL Season 3 Code S. He played against MarineKing again, but this time lost 1-2, and a subsequent loss to PartinG would drop YugiOh back to Code A for Season 4.

On July 2, 2012, YugiOh participated in the 2012 OSL Non-KeSPA Preliminaries. YugiOh received a bye in round one and then defeated 김지황, IceCream, Sound. He defeated KangHo in the finals by a score of 2-0 and advanced to the 2012 OSL Non-KeSPA Dual Tournament. He faced MarineKing, Vampire, and NesTea in his group, and after only managing a victory against Vampire, his participation in the tournament ended.

On July 23, 2012, YugiOh participated in the 2012 South Korea WCS Preliminaries. YugiOh received a bye in round one and then took down MadBull, rare, San. After taking down Hurricane in the finals by a 2-0 score, YugiOh advanced in to the World Championship Series: South Korea Nationals. He dropped out of the tournament without a single match victory, losing to Reality and then to herO.

YugiOh lost to Heart in the Round of 32 of Code A to drop to the 2012 GSL Season 4 Up and Down matches. A 2-3 score in his group would leave YugiOh in Code A for the season, where he lost to INnoVation in the first round to drop out of the GSL. 2012 GSL Season 5 was the only GSL season since he began playing in them where YugiOh did not play in Code A.

On November 22, 2012, YugiOh took part in IEM Season VII - Singapore, having qualified through the Korean Qualifier. In the group stages he topped his group, against StarDust, Sting, KingKong, Tefel, and Stellar, dropping only one match to Tefel to finish 4-1 (9-4 on maps). Placed straight into the quarterfinals, he lost to Sting 2-3 despite having defeated him 2-0 in the group stage.

YugiOh qualified for the 2013 GSL Season 1 Code A, however he lost in the first round against HerO to drop out of the tournament.

YugiOh was the only player on a major foreign team to commit to WCS Korea after the announcement of the new WCS system. After qualifying for Challenger League, he fell in the second round to ParalyzE, placing him in the Up and Down matches. He was able to qualify for Premier League after advancing from his group 3-1.

During the Acer TeamStory Cup Season 1, which started on March 27, 2013, YugiOh was the second-most employed player on ROOT Gaming behind Sage. Playing only against Protoss and Terran, he went 4-2 against Protoss but had a poor 2-11 record against Terran.

YugiOh played at his first DreamHack Open tournament at the 2013 DreamHack Open: Stockholm on April 26–27, 2013. He was seeded into the second group stage into a group with LucifroN, Strelok, and Timestamp. At the end of the round-robin games, YugiOh, LucifroN, and Strelok were tied in map score and since Lucifron had defeated YugiOh, YugiOh had defeated Strelok, and Strelok had defeated Lucifron, the three players went into a tiebreaker. This time the reverse results occurred, where YugiOh defeated LucifroN, LucifroN defeated Strelok, and Strelok defeated YugiOh, so the tiebreaker continued into a second set. The second tiebreaker had the same results as the first, which forced the group to be decided via random draw, according to DreamHack Open rules. YugiOh and Strelok were selected to advance, while LucifroN was eliminated. After advancing, YugiOh ran around the venue screaming excitedly.[4] In the third group stage, he defeated MC 2-0, but lost to HyuN and NaNiwa and was eliminated from the tournament.

In the WCS Korea 2013 Season 2 Premier League, starting on May 28, 2013, he was placed in a difficult Round of 32 group with Season 1 champion Soulkey and Broodwar legend Flash. After thwarting Soulkey's Swarm Host pressure with Banelings and defeating him in the first match, he was unable to defeat Flash in the winner's match after failing to deal damage with a roach/baneling counterattack. He then lost to Soulkey in the final match after failing to deal critical damage with 10 pool baneling aggression dropping him down to Challenger League. In the bracket stage, he defeated DongRaeGu 2-0 but lost to Sleep 0-2, which dropped him into the Up and Down matches for Season 3. He was unable to take a single win, losing to Trap, FanTaSy, and Squirtle, which left him in Challenger League for the beginning of Season 3. 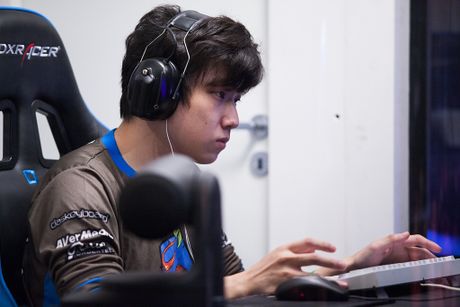 YugiOh's highest result as a member of ROOT Gaming was a Round of 8 finish at 2013 DreamHack Open: Valencia.

At the 2013 DreamHack Open: Valencia tournament on July 19–20, 2013, YugiOh was again seeded into the second group stage. He easily topped his group, going 6-0 against MiNiMaTh, StarNaN, and AlaStOr. He topped his third group stage group as well with three 2-1 matches against HuK, Ret, and White-Ra. He defeated Dayshi in the Round of 16, but lost 0-2 to Goswser in the quarterfinals.

YugiOh also played at the 2013 DreamHack Open: Bucharest tournament on September 14–15, 2013, where he was again seeded into the second group stage. Despite losing his first match 0-2 against sOs, he was able to advance in second after defeating SaltTheWound and ParanOid. In the third group stage, he was able to defeat both Ryung and Flash to reach the bracket stage. His first game against Flash featured a comeback after YugiOh lost his natural hatchery to a proxy 2-rax. In the Round of 16 YugiOh lost to the eventual champion TaeJa 0-2.