ZeNEX was a team formed in the early release of SC2 as result of a merger between clans Zenith and NEX, which happened on October 18, 2010.[1] Many members of ZeNEX had chosen to keep their NEX and Zenith ID's but still refer to their team as ZeNEX. The ZeNEX tag is put before a player's name.

ZeNEX was a strong team in the early GSL days, but lost a lot of power as many of its more notable members have left for other teams.

Looking for sponsors, the manager made a thread on TeamLiquid which was noted for its catchy title, ZeNEX wants 'the THING'

On May 4th 2012, ZeNEX announced a partnership between themselves and Team Legion.[2] This partnership would mean that the players of both teams would play under the same banner. ZeNEX's sponsor situation would also be alleviated as Legion's sponsors would transfer over to the ZeNEX side of the team as well. Both teams were to begin streaming more so that more content around the teams could be created. 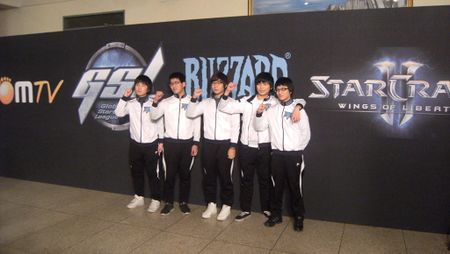