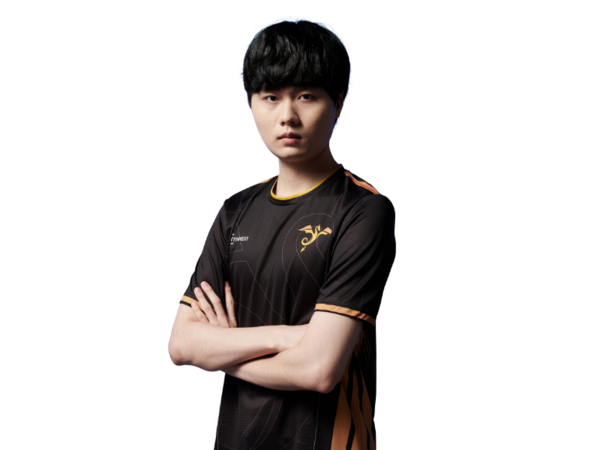 Zoun, then known as Fox, tried to qualify for the Global Starcraft II League in 2013 and 2014 but he was never able to do so.

In December 2014, Zoun was officially announced on the Prime roster for 2015 Proleague.[1] It was already speculated before that he had joined Prime since he was seen playing under the tag "ZounPrime" in Leifeng Cup#46.[2]

Zoun made his Proleague debut in the sixth week of Round 1 of the 2015 Proleague. He was fielded as Prime's starting player against Jin Air Green Wings and faced Maru. Like everyone expected, Zoun lost, but surprisingly Prime won the match 3-1.

In Round 2, Zoun was fielded twice and he was able to win both matches, showing great potential. With his 2-0 record Zoun was also Prime's best player in this round.

Zoun's talent and potential was quickly recognized by the big teams and on May 8, 2015, it was announced that he would leave Prime to join SK Telecom T1.[3] He was eligible to play for SK Telecom in Round 3 and 4 but was never fielded. SK Telecom went on to win 2015 Proleague, making Zoun a Proleague champion despite not playing a single map for SK Telecom T1.

A few weeks later Zoun tried to qualify for the 2016 StarCraft II StarLeague Season 1, but he fell short in the second round against Losira.

Later that month Zoun participated in the 2016 Global StarCraft II League Season 1 qualifiers. He was able to defeat the Zerg player PeGaSuS before losing 0-2 in the semifinals against Maru. In the deciding 3rd place match Zoun lost 1-2 against Trust, falling just one map short of qualifing.

In SK Telecom's last match of the first round of the 2016 Proleague Zoun finally made his debut for SK Telecom T1. Unfortunately he was fielded against the heavily favored sOs. Zoun had a fairly good start into the game but sOs went for an unusual Carrier/HT strategy, which proved to be too strong for the inexperienced SKT T1 Protoss.