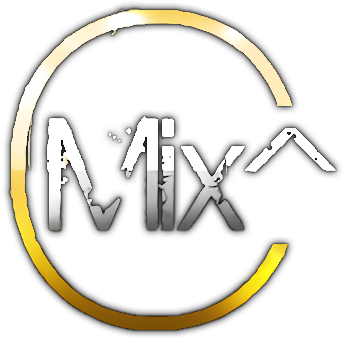 Classic Mixup was an American Team Fortress 2 team formed by the former members of compLexity Gaming.

Classic Mixup was originally founded by team-captain Platinum shortly after former organisation compLexity Gaming shut down its TF2 division. The team immediately set about competing at a high level in ESEA-Invite where in their first season Mixup finished 2nd to Prophets (the former eMazing Gaming squad). Fortunes would soon change in the following season when the team won their first Invite crown, beating the newly sponsored Quantic Gaming team in the Grand Finals with a Losers-Bracket reset. Another 2nd place finish would follow suit in Season 11 with titles essentially going back and forth between the Platinum and b4nny led teams (brewing one of the most iconic rivalries in TF2). However at their community fund-raised run at i46, the first Intercontinental TF2 LAN of its kind, Mixup defeated Leviathan Gaming in the Grand Final, only losing maps to said team during the entire tournament thus meaning that Classic Mixup were the first "World Champions" in TF2 history. Following off that sucess, Mixup defeated Leviathan again in the Season 12 finals, picking up their 2nd Invite title and continuing their run of dominance.

A dry spell of success then ensued for the team during 2013, with their rivals (now sponsored by High Rollers Gaming) taking the spotlight in the North American TF2 scene. Another Runners-Up finish in Season 13 meant that the team missed out on the chance to defend their i46 crown with HRG taking their place instead and being rewarded with the communities fundraiser to travel to the event. It was more of the same in the following Season, once again losing to HRG in the Invite finals. Their only victory against the team that year came in the teamfortress.tv Invitational, where they beat the now dubbed iT squad in the Final.

Mixup got off to the best possible start in 2014, winning Season 15 Invite Finals over iT with another Lower-Bracket sweep, but it was shortly after this the now iconic froyotech squad was made, which instantly sought about regaining their hold of dominance in the region. Despite defeating froyo in the teamfortress.tv Twitch Invitational, it wasn't enough to retain their ESEA Championship, with froyotech taking the spoils once again. At i52 the team finished a lacklustre 3rd place, losing to Epsilon eSports in the Losers-Bracket finals in one of the most memorable TF2 series in history. More 2nd places followed at the CEVO Season 5 LAN and the same events GXL Invitational before Mixup were defeated by eLevate Season 17 LAN (their first ever time not finishing 1st or 2nd in Invite). Shortly afterwards the final roster of arcticjoe, Enigma, Harbleu, Platinum, Xalox and indust went their separate ways and one of the most successful North American teams in TF2 History was brought to an end.