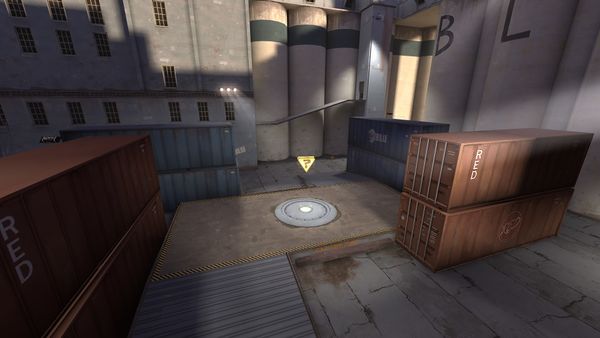 Granary, along with Badlands, was one of the first maps played in the 6v6 competitive format. Granary is still one of the most iconic and most played maps in 6v6, and is also played occasionally in Highlander. Since the first versions of the map there have been numerous changes to it, resulting in more refined and balanced gameplay but it is still considered one of the slowest maps, this results from being an extremely big map, with very tight chokes and easily spammable, making constant stalemates and spam exchange part of the flow of the map.

The last update to the map was in the 10th of July 2013 patch, and revolved around balance and symmetry changes to level the playing field between the teams, while also removing and reworking multiple hiding and jumping areas across the map. 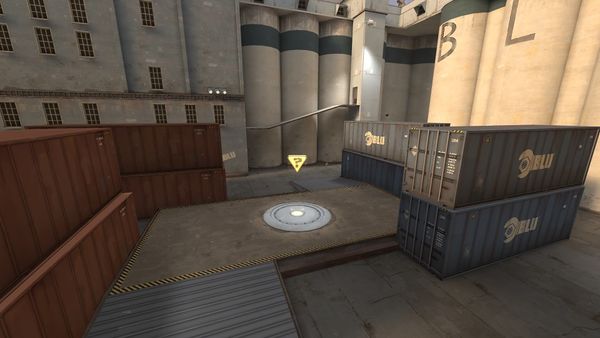 Granary Pro is a map that was first created by Team Fortress 2 player, Mark. The map, created for the competitive community, featured small features that would make the map more convenient to its players; such as no roof over choke, and the removal of rocks & cones which had caused splash damage absorption.