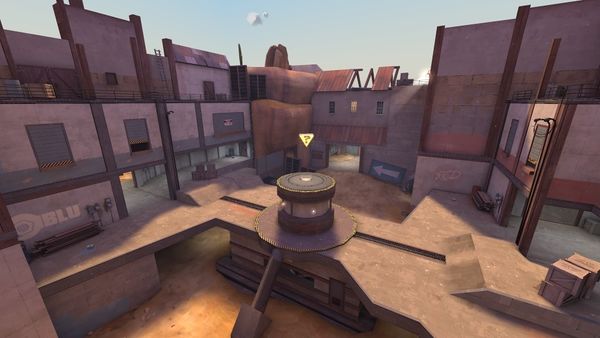 Gullywash was first posted to the TF2Maps forums on April 9, 2009 before being officially added to the game on October 13, 2011. It's one of the most favored 5CP map along side Process and Snakewater. It takes an industrial dusty/sand theme for the center and teams' control points. The middle area has a unique two-layer middle control point with the top taking the name "nipple", and the second control point(s) are wide open for multiple fights to happen at once when the opportunity comes. Last control point(s) take a Badlands inspired theme with unique areas for flank to make game-breaking plays.