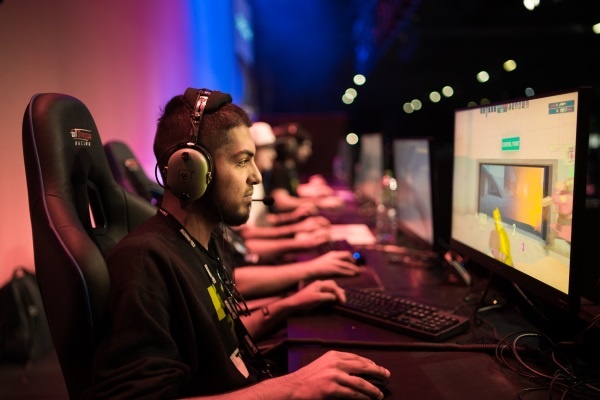 Habib made his competitive debut in ESEA Season 16 Open with limited appearances for ssssssssssssss finishing 10th overall. After a short break for a season he joined Animus Victoria in Season 18 finishing an improved 4th in Open. This prompted the team to move up to Intermediate with a new name of egyptian flamingos but an 8th place finish resulted in the team disbanding after the season. Habib then joined Not Fast Food for the next season with future Invite teammate botmode and promptly won Season 20 Intermediate which would be Hasan's first Championship.

Habib along with botmode joined the newly formed EVL Gaming for Season 21 Invite, the team performed admirably throughout the season earning a 12-4 Regular Season record which resulted in the team and Hasan making playoffs in their first season. They were subsequently beaten in the Lower Bracket by Street Hoops eSports, finishing 4th overall. After this Habib moved to froyotech's sister team FROYO BLACK for the next season under the wing of iconic Medic Shade. A 11-5 Regular Season was followed by a 3rd place overall finish in the Season, losing to eventual Runners-Up RONIN in the Lower Bracket finals.

After his respectable finish with FROYO BLACK, both Habib and Shade moved to the main froyotech roster for Season 23. A near perfect regular Season of 15-1 culminated to a impressive playoff showing for the team, not losing a single map on their way to froyo's 7th and Habibs 1st Invite Championship. A distinct period of complete dominance in the NA and Intercontinental scenes soon followed Hasan and the team, including back-to-back Rewind event wins, a string of seven further ESEA-Invite Championships and a victory at i63, proving Habib to be one of the most successful Demoman players in recent times.