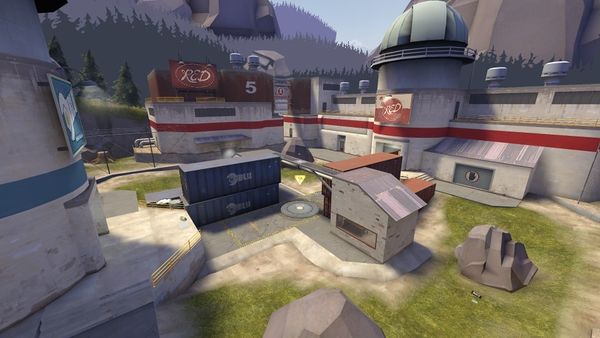 Process is a custom-made Symmetric Control Point map created by Ian "Scorpio Uprising" Cuslidge designed for 6v6 play. It is played competitively in all the main leagues.

The map has a very unique and technically difficult set of rollout mechanics, which gives soldiers great mobility to the mid point. It gained widespread attention while still in beta, first tried officially in ESEA the map then started being played officially in ETF2L and later got Valve's seal of approval, making the map official.

It is somewhat of a slow map because the wide last point allows the defending team to get superior positioning and counter even full uber disadvantages, the second to mid-point chokes are also tight and have very prominent sniper sightlines which makes it a very sniper-friendly map and prone to stalemates or uber-exchanges.