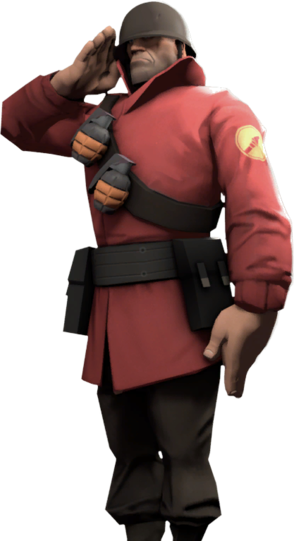 The Soldier is an Offense and Generalist class in Team Fortress 2.

Though he wanted desperately to fight in World War 2, the Soldier was rejected by every branch of the military. Undaunted, he bought his own ticket to Europe. After arriving and finally locating Poland, the Soldier taught himself how to load and fire a variety of weapons before embarking on a Nazi killing spree for which he was awarded several medals that he designed and made himself. His rampage ended immediately upon hearing about the end of the war in 1949.