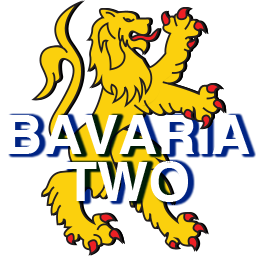 Bavaria Two is a German trackmania team created in August 2020 by minced, zeeburg and Deluxefish. It originated from the CS:GO clan and League of Legends team Bavaria One. After one year of existing as a community-centered public club with focus on Fullspeed and Shorttech, as well as two duos in Trackmania Formula League: Season 1 and three duos in Trackmania Formula League: Season 2, DrTilt decided to take over the role of recruiting drivers for competitions, thus resulting in the competitive team becoming more active and participating in various competitions.