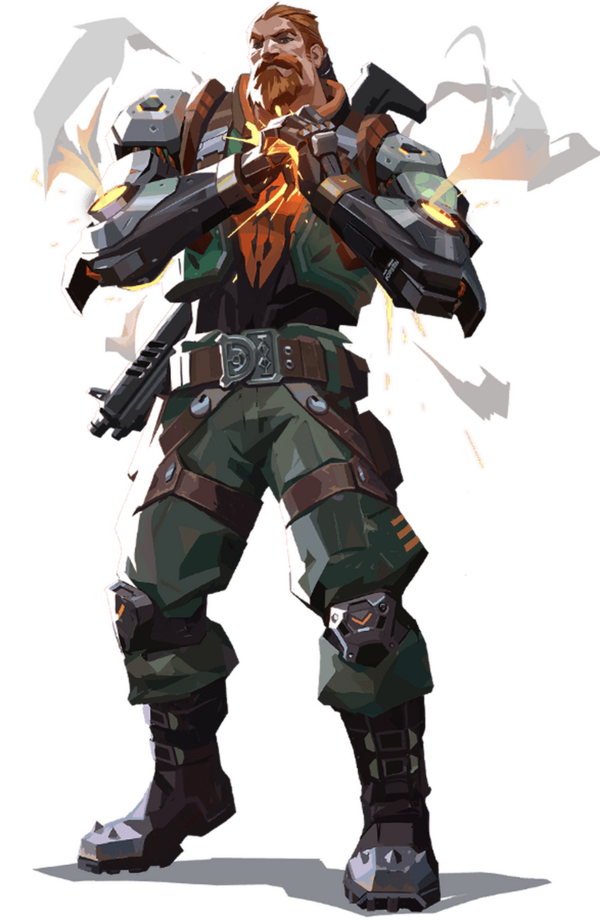 Breach is a VALORANT agent to whom walls are no obstacle. Breach's kit is designed to inflict damage and crowd control through walls and terrain, taking people out of cover or aiding his team's peaking. Flashpoint is a fast-acting burst that blinds enemies, while Aftershock does damage while also dazing all players in the area of effect. If that's not enough, Breach's ultimate, Rolling Thunder, is an ability that passes through all terrain in a cone, knocking up and dazing players.

Good Breach players will find clever ways to ambush the enemies without even being seen. Teaming up with Sova to learn enemies' positioning is a deadly combination that can catch the enemy team completely off-guard.