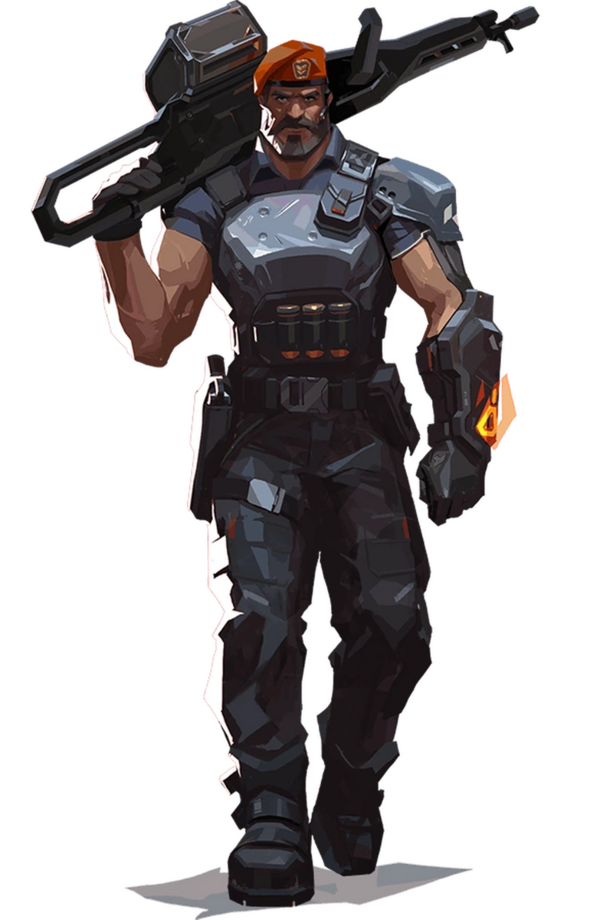 Brimstone is a VALORANT agent, specializing in supporting allies and damaging enemies all over the map. Brimstone is unique in the way he uses the minimap to deploy some of his abilities, making him dangerous even if he's not directly present in the fight. He can deploy smokescreens that block vision or Orbital Strikes that deal damage-over-time anywhere on the map, while his direct-combat abilities can boost allies' rate of fire or create area-of-effect fire fields. The best Brimstone players will have great map awareness, so they can fight on one side of the map and hurt enemies on the other all at the same time.