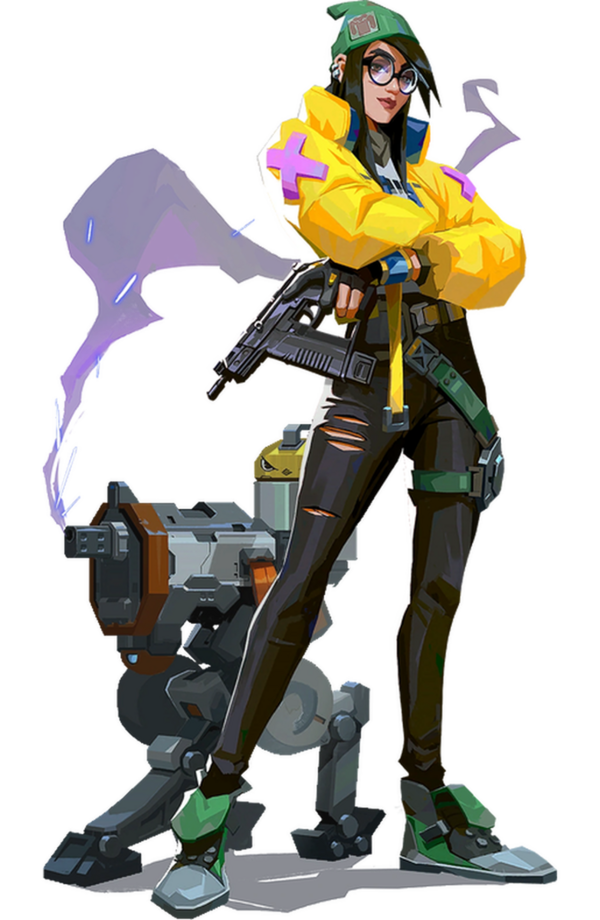 Killjoy is а VALORANT agent that specializes in crowd control through gadgets, bots, and marvels of engineering. Alarmbot and Nanoswarm allow Killjoy to deploy tools that seek out and damage targets or explode to deal damage from a covert state. Her Turret, on the other hand, can be placed at a critical area on the map, such as Spike plant sites, behind corners, or other strategical positions to deal damage to enemies in its range.

Killjoy's ultimate, Lockdown, is another impressive device, which triggers after a period of windup to ensnare enemies caught in its radius, providing powerful, team-wide crowd control. Expert Killjoy players will heavily rely on her abilities as opposed to raw firepower to gain advantage on the map.