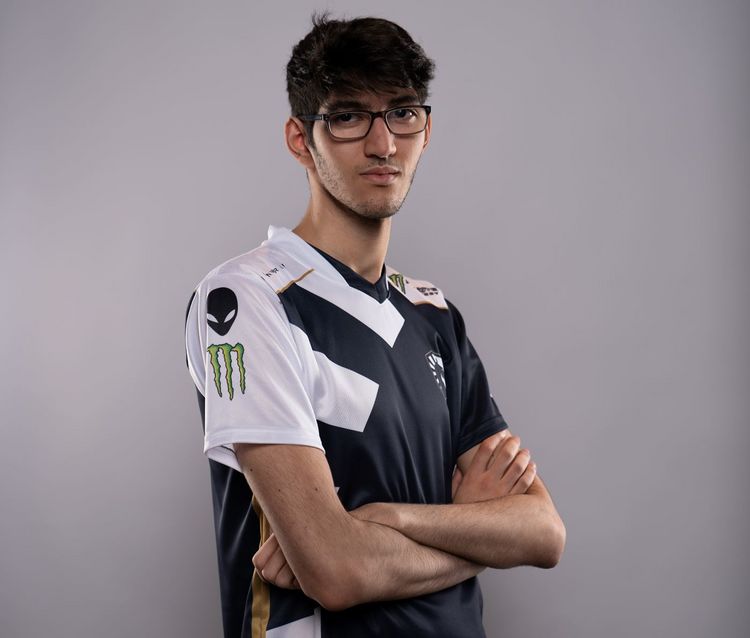 Nabil "Nivera" Benrlitom (born June 10, 2001) is a Belgian player who currently plays for Team Liquid. He is a former Counter-Strike: Global Offensive player known for his time in Team Heretics and Team Vitality. He is Adil "ScreaM" Benrlitom's younger brother.

Nivera started his career in a French roster under Warthox Esport which only lasted two weeks before splitting their ways. After a half year long duration of mixes, he got picked up by Team Heretics in place of jeyN to be their new rifler and AWP player. They scored some decent results before he got acquired by Team Vitality to be part of their six men roster. This was probably his best peak as they won Intel Extreme Masters XV - Beijing Online: Europe and BLAST Premier: Fall 2020. Not long after he got benched by the organisation as Valve decided to not allow six men rosters anymore and this was when he decided to retire from Counter-Strike: Global Offensive and turn a new page in his career by switching over to a new game - VALORANT.

Transitioning from a Counter-Strike to Valorant professional started in September 2021 after he got signed by Team Liquid in place of Kryptix to join forces with his brother ScreaM. His first tournament was the VALORANT Champions Tour 2021: EMEA Last Chance Qualifier which Team Liquid won after beating Guild Esports in the Grand Final with a score of 3 to 1 and with that they qualified for the biggest event of the year, that being the VALORANT Champions 2021. [1]

Purchases made using the retail links on this page may earn Liquipedia a small commission.
Retrieved from "https://liquipedia.net/valorant/index.php?title=Nivera&oldid=352245"
Categories: