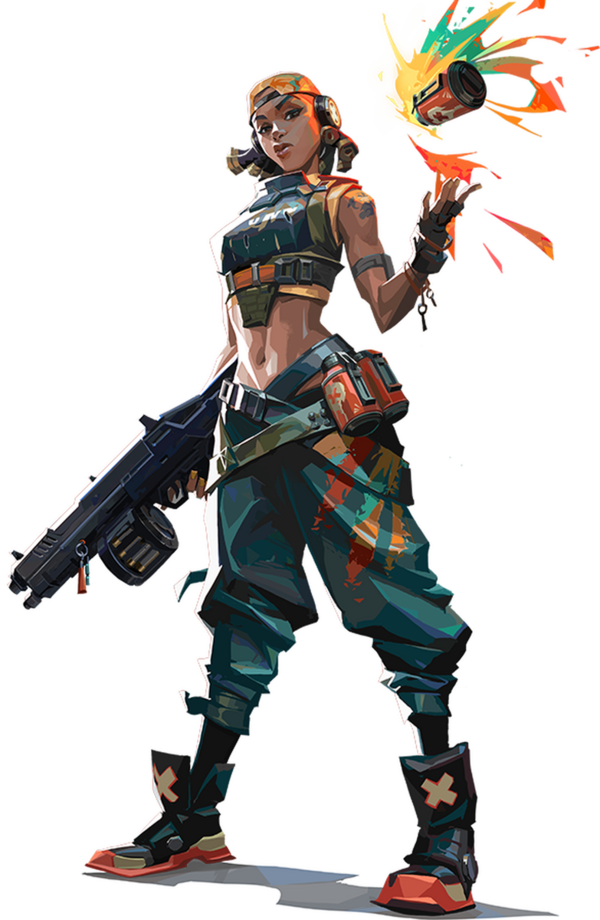 Raze is a VALORANT agent, whose skill kit is centered around mines, grenades, and general explosions. Raze is all about dealing AOE damage to enemies and will become a favorite agent for those players who like chaos and mayhem.

Blast Pack and Boom Bot are Raze's main abilities, with which she melts the opposing team. Blast Pack can stick to walls and be detonated on command, while Boom Bot is an auto-lock Bot that chases enemies and explodes if it catches up to them, making it great to putting pressure to opponents while can give a great amount of damage if triggered. Raze's signature ability, Paint Shells is a more direct damage grenade-throw, in which after thrown and explodes, splits into 4 smaller grenades that also deals great damage, making it a great space-maker of a skill. And if someone lives after encountering Raze on the battlefield, the Showstopper ultimate does just that — it ends everyone's life.