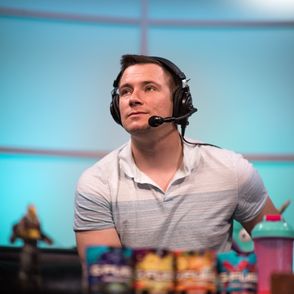 Taylor "Reflections" Noble is an American esports personality. He has commentated and hosted for various games such as VALORANT, Gears of War, Fortnite, and Call of Duty.

Taylor "Reflections" Noble has been an esports commentator dating back to 2012 where he started out casting Call of Duty Black Ops 2. He is currently a full time employee of UMG Gaming where he works full time as On-Air talent for the studio. Over the eight years he has been active he has worked with various esports companies and a ton of different titles such as COD Black Ops 2, COD Ghosts, COD Infinite Warfare, COD WW2, COD Black Ops 4, COD Modern Warfare, Valorant, Fortnite, Apex Legends, Halo 5, Gears of War 4, Gears of War 5, Clash Royale, Rules of Survival, Chess Rush, and Ring of Elysium.