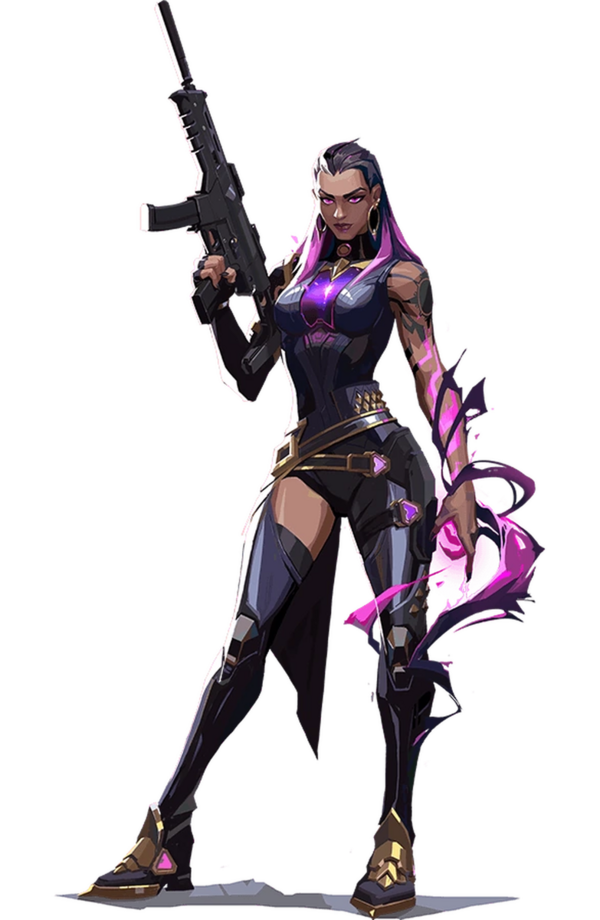 Reyna is a VALORANT agent with an aggressive, duel-centric playstyle. Reyna's unique mechanic are the so-called Soul Orbs, which drop when she kills an opponent and which, upon consumption, give her various bonuses — from massive healing to invisibility.

Reyna's ultimate ability is Empress, which turns her into a rapid-fire death machine, dramatically increasing all her combat stats. Every kill renews Empress' duration, and a skilled Reyna player can wipe away the entire team in one swift offense.