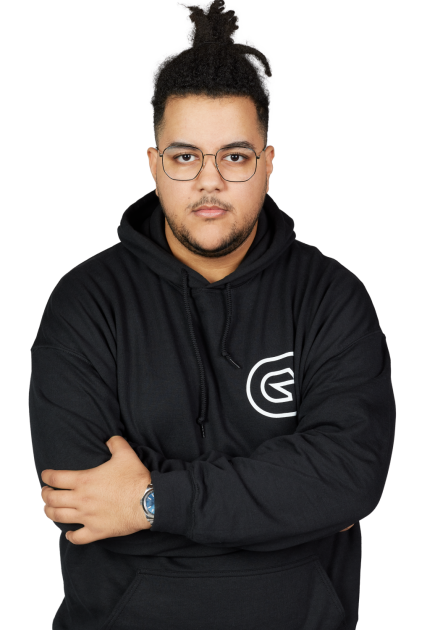 Yacine Laghmari (formerly known as yzn) (born May 1, 1996) is a Swedish player who currently plays for Guild Esports.

Yacine started playing Counter-Strike when he was 12 years old but soon took a break from it and started playing American football. After an injury, Yacine came back to gaming and started streaming Heroes of Newerth on Twitch. When Counter-Strike: Global Offensive was released, Yacine started to play the game. He also wanted to stream the game, but his computer wasn't good enough. On the Swedish forum Fragbite, Yacine saw a thread about a scratching lottery ticket winner. He wrote a reply "If I had won, I would have put money on a new computer so that I could stream, and I would probably save the rest". After this post, Twitch user "n0llad" donated 18,000 SEK (approx. 2180 USD or 1930 EUR) to Yacine which he used to purchase a new computer.

In April 2014, yzn together with KNINE, Rebelz, KarleyG and Blote became a part of a new lineup of Begrip Gaming. The lineup only held together for a month and the roster parted ways with Begrip Gaming in May. In June 2015, yzn joined Ninjas in Pyjamas as a streamer.

In October 2017 yzn and his TEAM5 was put on the map after an unexpected 16–6 win versus Ninjas in Pyjamas in the Closed Qualifier for Europe Minor Championship 2018.

In early 2020 Yacine showed his interest in Riot Games newly announced Project A and on April 7th 2020 he announced his retirement from Counter-Strike: Global Offensive on stream by uninstalling the game. On May 9th 2020 Yacine played as stand-in for Ninjas In Pyjamas Valorant team and debuted as a competitive Valorant player.