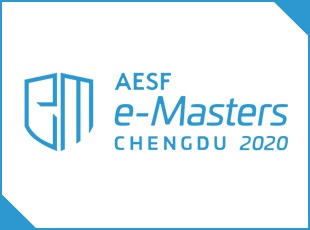 AESF e-Master is a multi-disciplinary event organized by the Asian Electronic Sports Federation.

It will include tournaments in Warcraft, League of Legends, Pro Evolution Soccer, and Arena of Valor.

The tournament is suspended until further notice[1].

The Warcraft tournament will take place in Chengdu, China between 25th August and 30th August 2020.

The qualifiers system consists of:

National qualifiers will be open to players in certain countries, which are divided into 3 major regions:

There will be no national qualifier stage for China as it is considered a region on its own.