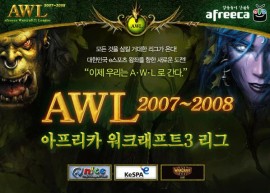 The AfreecaTV Warcraft3 League 2007-2008 Season 3 is a tournament sponsored by the Korean broadcasting platform AfreecaTV in collaboration with NicegameTV.


It's an all korean tournament. Lyn won, beating Space in final.

24 players are divided into 6 groups of 4 players each :

Lyn, Sweet, WinNers & FoCuS (the Season 2 top 4) join the 12 players qualified from preliminaries[1]. They are divided into 4 groups of 4 :

Players in bold made it through, Moon was absent and therefore disqualified.