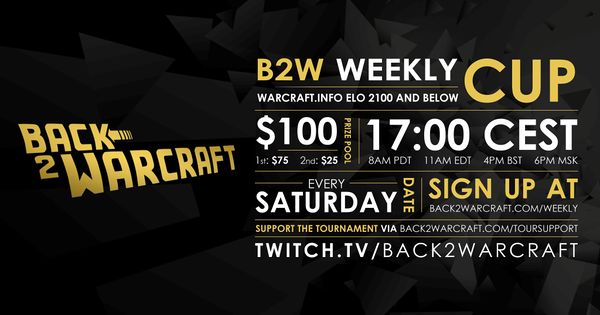 The B2W Weekly Cup is an open one day cup organized by Back2Warcraft and sponsored by the community, this edition is sponsored by Impression Games. Only players under 2150 elo points (from Warcraft3.info ranking) can sign-up.

It's played online on Europe Battle.net-servers. The Ukrainian player Sonik won for the third time, beating SyDe in final.