Battle.net was the first online gaming service incorporated directly into the games that make use of it, in contrast to the external interfaces used by the other online services at the time. This feature, along with ease of account creations and the absence of member fees, caused Battle.net to become popular among gamers and became a major selling point for Diablo and subsequent Blizzard games. Since the successful launch of Battle.net, many companies have created online game services mimicking Blizzard's service package and the user interface.

Blizzard officially unveiled the revamped Battle.net 2.0 on March 20, 2009. It later revealed further details of the Battle.net revamped features at Blizzcon 2009 which supported StarCraft II, Diablo III and World of Warcraft. The original Battle.net (the Warcraft III platform) was then renamed to Battle.net Classic.

In order to provide the best online gaming experience and especially to minimize delay between the action of players and the reaction of the server supporting the game, Blizzard divided the world in 5 servers :

During a long time Battle.net had been the only way to play Warcraft III online. Since then, others realm like W3A (for Europe) or NetEase (Blizzard official Chinese partner) had been created.

Since patch 1.33.0, players can choose between Ranked and Unranked Play. 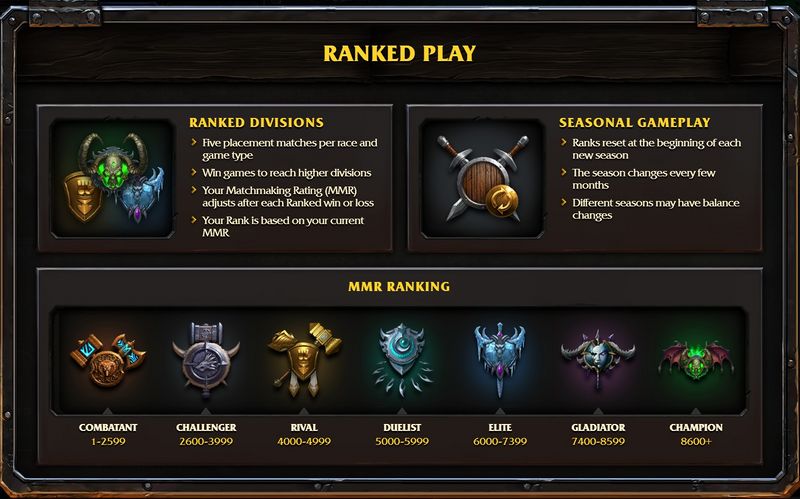