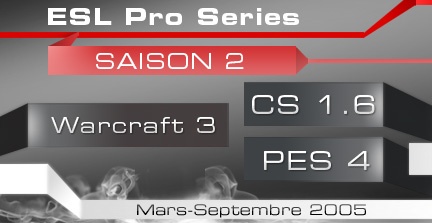 The ESL Pro Series France - Season II is the French National Championship. It's organized, sponsored and hosted by ESL. Only players residing in France are eligible to participate in this tournament. The offline playoffs played took place in the "Cité des Sciences" in Paris (France).

The French player Wolf won for the first time, beating his countryman eLquA in final.

The regular season consists of a single group with 16 players :

The 4 players remaining face offline in a double elimination bracket: