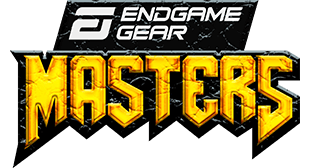 The Endgame Gear Masters is a Tier 2 tournament organized by Khaldor and sponsored by EndgameGear and AMD. Finals take place in Osnabrück (Germany).

There are three open qualifiers and 8 spot to grant. The Players accumulate ranking points according to their final placement in each qualifier, awarded as follow :

The tournament consists of two phases :