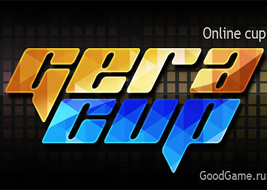 The Gera Cups is a weekly Russian Cup with 100$ for the Winner usually. The tournament is hosted by GoodGame.ru, and played on the W3A-servers.

The Cup as run since february, 2015. It is the most successful successor of the ZOTAC Cup.

It's a one day cup, 1 on 1 single elimination bracket played on sunday :