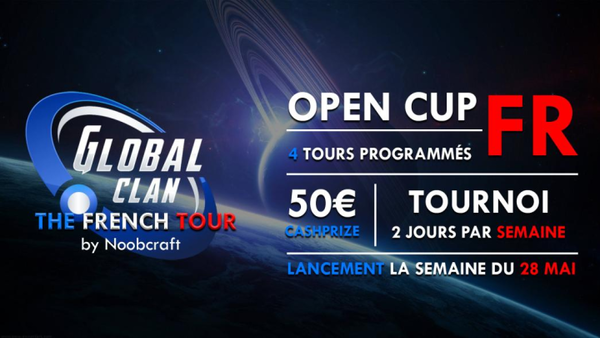 The Global Clan - The French Tour by NoobCraft 1 is an open tournament for French-speaking players. It's organized by NoobCraft and sponsored by Global Clan. It's a series of 5 events ; the 4 open qualifiers offering points for the main event, the 16 best players qualify for the Main event.

Each qualifier, players received qualification points for the main event according to their result :