The March qualifier is one of four monthly tournaments that is part of the Asian Qualifier for GCS 2018 Summer.

The winner receives a small prize, as well as important points in the race to qualify for the Main Event. 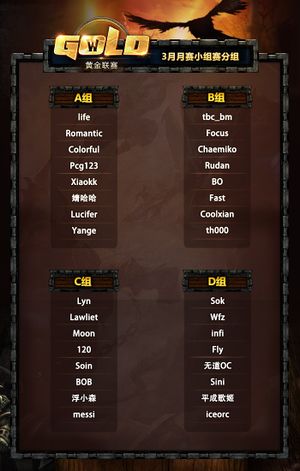 The 32 players invited for the preliminary round.

Top 32 Asian players from the NetEase ladder at March 10th qualify for the preliminary rounds:

The Playoffs are a double elimination bracket :