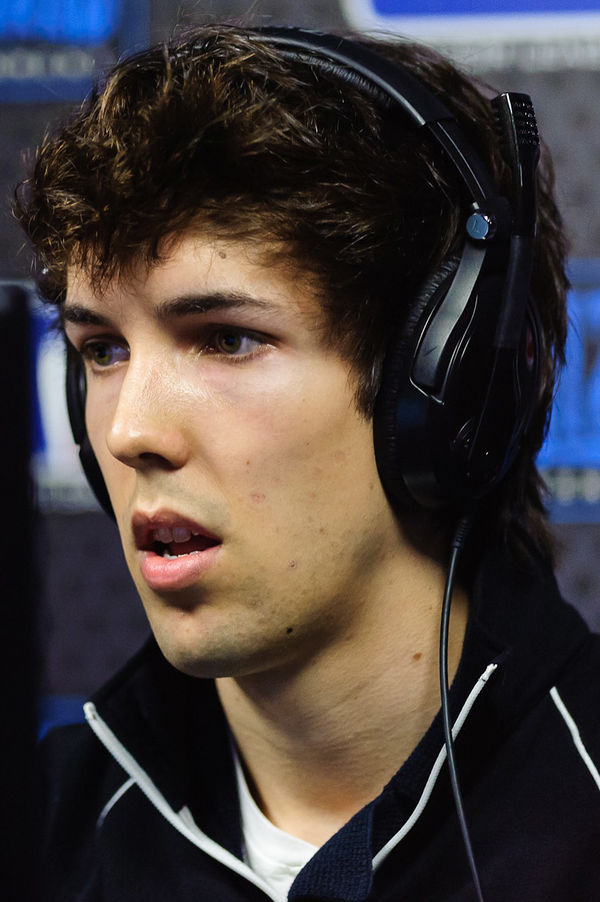 Grubby is a Dutch professional PC gamer. He has been competing in esports in the real-time strategy games Warcraft III and Warcraft III: The Frozen Throne as well as Wings of Liberty and Heart of the Swarm. As an Orc player in Warcraft, Schenkhuizen has won more than 38 LAN tournaments, of which 6 are World Championships, which has led to him being known as the King of Orcs even after his transition to StarCraft II.[1] Grubby has been known for being part of one of the most successful WC3 teams in history, namely the British 4Kings. Later teams include the Danish MeetYourMakers and the North American Evil Geniuses. Grubby enjoys a large fan base throughout the world and especially in China, one of the hotbeds of Warcraft. He's sometimes characterized as being not one of the fastest players, but one that compensates with smart and effective play styles.

Grubby's first experience playing computer games was at around age three or four giving him an early start in gaming. Grubby's first experience with an RTS game was with Populous 2, released in 1991, where you play a god guiding your subjects. He continued to play many games such as StarCraft I, including Brood War, before moving to the Warcraft III competitive scene. His first competition was in 2003 at age 17, at a LAN party of around 1000 people. The Warcraft III competition consisted entirely of Dutch players except the Danish player playing for Grubby's future team, MYM, Bjarke. Grubby made it to the finals to meet MYM]Bjarke and compete for the €200 prize. Grubby ended up winning the competition and taking the prize before becoming a progamer at age 18.

His Warcraft career included a famous rivalry with Moon, and within that, two of his most famous victories. First was a 3-1 upset of Moon at the World E-Sports Games in Hangzhou in 2006 that was Moon's first defeat in 29 matches in the Night Elf vs. Orc matchup and led to Chinese fans rushing the stage to congratulate him.[2] Then came his second WCG championship in 2008 in Cologne, where he bested Moon in three games.[3] In August 2013, The Daily Dot listed him as one of the 10 greatest players in esports history alongside the likes of Boxer, Moon and Flash.[4]

Grubby met his wife, Cassandra Ng Schenkhuizen, at WCG 2005, where he played WC3 and finished third.[5] At BlizzCon 2009, he proposed to her on-stage after the award ceremony, and they subsequently married in May 2010. Cassandra currently works as Grubby's manager and supports him in his career.