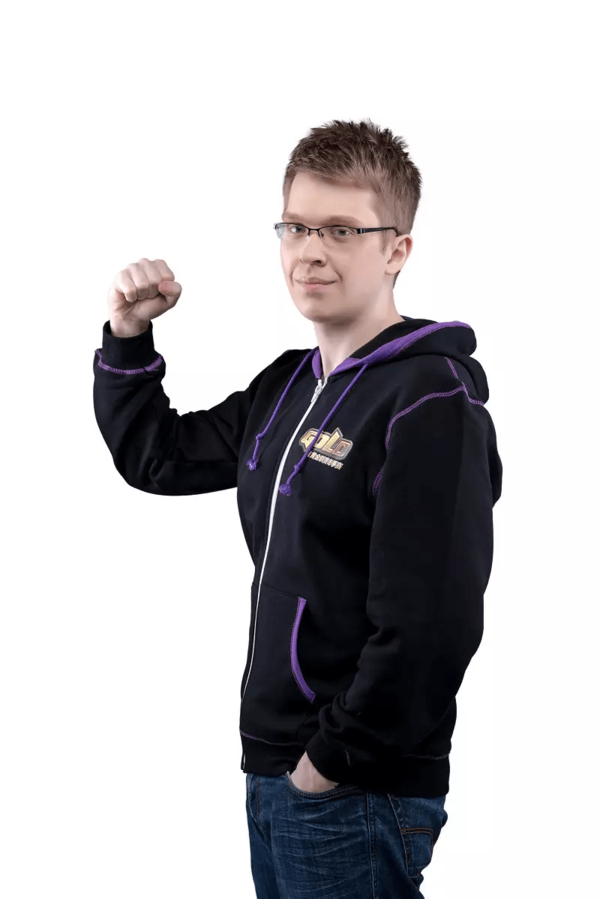 Happy was the best Warcraft III player to come out of Russia, playing the Undead race, and was a member of several prestigious teams during his Warcraft III career, including Meet Your Makers, Mousesports, and Evil Geniuses. His most notable achievements include reaching the third place of BlizzCon 2007 and World Cyber Games 2008, and reaching the fourth place of World Cyber Games 2009 and of Electronic Sports World Cup 2010.[2] He celebrated his biggest success in 2019 after winning the Warcraft Gold League, defeating Moon in the final.

After retiring from professional esports, he became a streamer playing many online tournaments. He has won the most Gera Cups and MooCups. He sparked a lot of controversy after declining his invitation to GCS 2017 Summer, despite winning the qualifier.

In March 2020, he got banned from all GoodGame.ru tournaments for discrediting the website.[3][4]