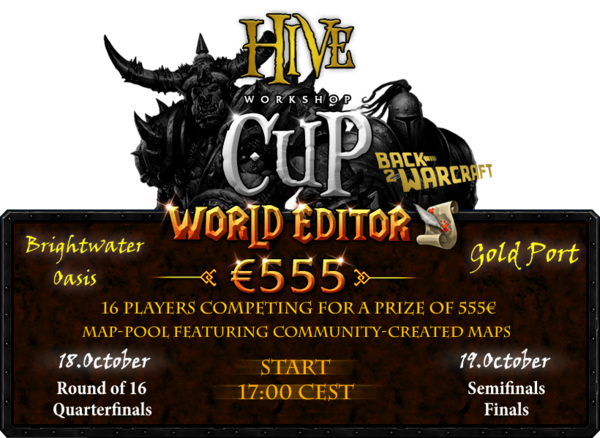 The Hive Workshop Cup is a minor tournament organized by Hiveworkshop.com, sponsored by Nightmare2077.

†Two people were originally supposed to qualify via the HiveWorkshop.com Qualifier, but the quota was reduced to one due to too few people participating. The extra slot went to Lubber, who defeated NightEnD in a tie-breaker of players who took the 4th places in Qualifiers #1 and #2.