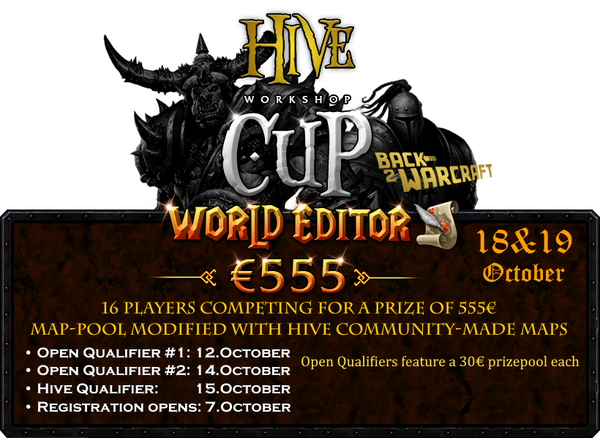 5 maps were selected as the result of a Hive Workshop map contest (results).

Northern Isles, being originally a Hive map, is also in the map pool.

Due to one person qualifying via the Hive Workshop qualifier and not two, a tie-breaker between NightEnD and Lubber took place. Lubber won and thus secured the last spot in the finals.

Just before the final game between biko and TeRRoR, electricity in biko's house failed. Instead of seeing himself awarded a free win, TeRRoR requested the game to be played the next day.